After witnessing a robust quarter-on-quarter growth post the rollout of goods and services tax (GST), the slowdown has come as a surprise to most consumer companies 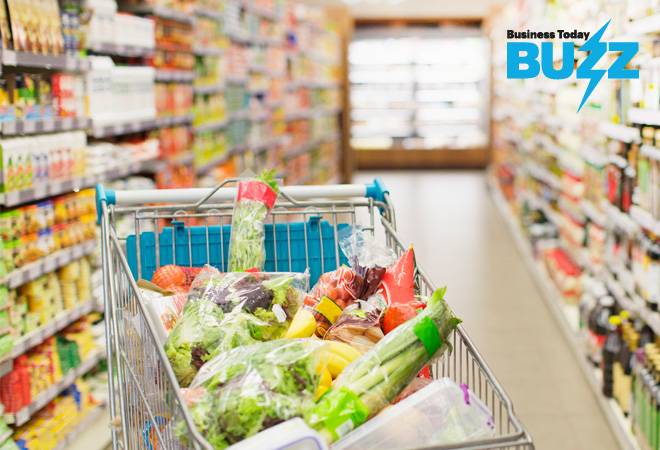 The consumer companies have been in the grip of a surprise slowdown for the past four-five months. Photo credit: Getty Images

The last quarter of the financial year 2018-19 (FY19) hasn't been a particularly happy one for most consumer companies. The country's largest FMCG company, Hindustan Unilever, has seen a 7 per cent volume growth as opposed to the strong double digit growth it had registered in the past few quarters, Dabur India recorded a 4 per cent volume growth, while Godrej Consumer recorded a mere 1 per cent growth. Britannia Industries also reported a dip in volume growth for the second consecutive quarter. After witnessing a robust quarter-on-quarter growth post the rollout of goods and services tax (GST), the slowdown has come as a surprise to most consumer companies. "The slowdown has happened in the last four-five months which is surprising," says Sunil Kataria, Business Head (India and Saarc), Godrej Consumer.

The reasons being cited for the slowdown are varied: an all-time high unemployment rate, liquidity crunch in rural markets and much more. In FY19, the government had allocated Rs 61,084 crore for MNREGA, which guarantees 100 days of unskilled labour employment per family. It has yet to pay Rs 8,500 crore of wages. In the Interim Budget this year, the government had announced that it would pay Rs 6,000 a year in three instalments to around 120 million farmers, but the farmers are yet to get even the first instalment of the promised sum. All these factors coupled with uncertainties around the general elections, the Rabi season not being too good and many companies increasing prices to offset the commodity price increase, has dampened the consumption appetite of especially rural consumers, who contribute around 50 per cent to the GDP and over 40 per cent of FMCG consumption. Pre-monsoon showers this year has been lower by 27 per cent, which has further added to the depressed mood. "Consumption for us grew 1-1.5 times in favour of rural, but now it is almost similar to urban growth rates. People are just not buying," says Ulhas Kamath, Joint Managing Director, Jyothy Laboratories.

Though companies hope the formation of a stable government at the Centre may lead to revival of consumption, they also fear that a bad monsoon could make things worse. "Whenever the prediction is 'near normal' it is invariably a deficient monsoon," says Kamath of Jyothy. Anuj Sethi, Senior Director, Crisil, expects the consumption growth rate to moderate by 200 basis points in 2019-2020. "If the monsoons are not satisfactory, the growth rates we have predicted will reduce by a few more points."

However, this isn't the first time there has been a consumption slowdown and consumer companies seem to be getting ready to brace the challenge. The failure of monsoon between 2013 and 2015 had led to a massive consumption slowdown and rural folks had even cut down their intake of tea. Instead of buying a half-kilo pack of detergent, they would buy loose powder to suit their weekly needs from the market. Sales of consumer durables in rural markets had come to a standstill and consumers opted for local substitutes, which came at almost half the price. But, that was the pre-GST era and the market had a host of local brands. The GST has led to the death of several of these local brands, which were unable to take the pressure of taxation.

The GST benefitted the large consumer brands immensely which showed in their robust financial performance in the past few quarters. Most FMCG companies increased their direct distribution in rural markets.

To beat the slowdown, most FMCG companies plan to increase their direct penetration further. "We have aligned our inventory so that we don't lose sales, but at the same time we are investing on improving our direct reach. From 46,000 villages that we currently service, the plan is to reach out to 56,000 villages," says Lalit Malik, CFO, Dabur India. A lot of Dabur's reduced volume growth was also due to the extended winter this year.

Former Dabur COO (currently Venture Partner, Fireside Ventures), Kannan Sitaram, says that apart from strengthening their direct distribution, a lot depends on how well the companies deal with the wholesale channel. "In most part of rural India, there are one-two kirana stores that will have one-two brands in each category. When the retailer comes to the wholesaler to buy, the challenge is how to get them to buy your products."

Be it Dabur, Jyothy Laboratories or Godrej Consumer, all of them are pushing sale of their smaller packs. "We have started producing more Rs 10 packs of Henko," points out Kamath of Jyothy Lab. Sethi of Crisil says that companies should not just sell lower SKUs of their mass brands, but should also focus on smaller SKUs of their premium brands in rural markets. "Consumers won't hesitate to buy a premium detergent sachet for special occasion washes. They will also buy Rs 5 almond oil sachet if there is an occasion in the family. Therefore, companies should focus on smaller SKUs of both mass and premium brands."

Marketing gurus have always preached that brands should advertise more during slowdown, so that when the economy revives they are on the top of consumers' minds. Sethi of Crisil agrees too."If brands are spending 7-12 per cent of their revenues on advertising, they may want to control their ad spends to limit dip in margins, but they can at the most reduce it by a couple of percentage points."

Business wisdom also says that companies should invest more on product development and Kataria of Godrej Consumer says they are doing exactly that. "We are staying the course, but we will be watchful," he says. "Increased focus on product development will support volume growth by at least 1-2 per cent," agrees Sethi of Crisil.

While Dabur India is not being too aggressive with its new product launches, it has rolled out all its innovations for the summer, be it in juices or shampoo, and the focus is more on lower unit packs. "Q1FY20 is seeing signs of revival, but it's not back with a bang. It all depends on the monsoon," points out Malik of Dabur.

The Indian consumption story is hugely dependent on monsoons and consumer companies are keeping their fingers crossed for not just for a normal monsoon but also the formation of a stable government that will help reduce unemployment and ensure that the rural masses have more money in their hands to spend.