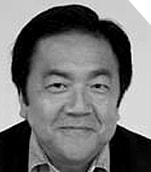 It is not just others who have trouble describing John Kao - he has trouble doing it himself. He wears too many hats - Chairman of the Institute for Large-Scale Innovation, CEO and Founder of Edgemakers, Inc, author of the bestselling Innovation Nation: How America is Losing its Innovation Edge and Jamming: The Art and Discipline of Business Creativity. He was also chair of the World Economic Forum's Global Advisory Council on Innovation. Dubbed “Mr. Creativity” and "a serial innovator” by The Economist, he is an authority on business creativity, organisational transformation and emerging technologies. Over the past two decades, he has advised leaders of public and private sector organisations and governments. His article on the

globalisation of innovation, published in the Harvard Business Review, was named one of the “most popular” of 2009. He has a BA from Yale College, an MD from Yale Medical School, and an MBA from Harvard Business School. He is also a serial entrepreneur, an angel investor in emerging technology companies, a Tony-nominated film and theatre producer, and a jazz pianist (he spent the summer of 1969 playing keyboards for rock legend Frank Zappa).