Populism all the way and not a trace of prudence

At the end of its five year tenure, the BJP-led NDA government has pressed the 'populism' button, to remove any negativity the small and marginal farmers or the middle class have had from the government. 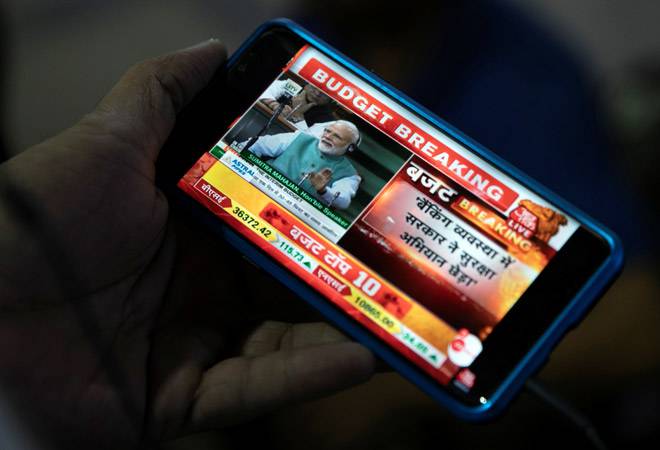 At the end of its five year tenure, the BJP-led NDA government has pressed the 'populism' button, to remove any negativity the small and marginal farmers or the middle class have had from the government. The two big measures -- 'The PM Kisan Yojna' and the tax rebate for the middle class -- will certainly constraint the budget and move resources away from the productive investments.

The foreign investors watching India's fiscal performance won't be happy. Given the global slowdown and the populism in India, the investors may stay away from India for some time.

The BJP-led NDA may call this budget another surgical strike on the opposition, or the united opposition, but the foreign investors are clearly disappointed with the fiscal management road map. The fiscal deficit track record doesn't inspire any confidence because the government had a huge oil advantage in the past. Now the bigger issue is of state fiscal deficits, which is on the rise because of farm loan waivers. The centre has also resorted to off balance sheet items, which if added to the budget numbers will increase the fiscal deficit numbers.

Under PM Kisan Yojna, the government has allocated Rs 75,000 crore in 2019-20. The government has also provided Rs 20,000 crore in current year 2017-18. Under the scheme, there will be a direct benefit transfer of Rs 6,000 crore annually. This will be given in three equal instalments of Rs 2,000 each. This scheme will be funded 100 per cent by the government. There are actually 12 crore small and marginal farmer families with land of less than 2 hectare, who will get the benefit.

Clearly, the policy space for the new government will get constrained with focus on rural and farmers. There is also a big shift of the government from the insurance model (instead of subsidy) to direct benefit transfer. The government, which continued with MGNREGA, took an insurance route to populism. The Fasal Bima Yogna and Ayushman Bharat project were insurance-based, where the centre allocated less than Rs 10,000 crore. In the past, the government invested in the public projects to spur growth as the private sector was not investing, this now looks difficult. The only savings grace is the private sector investment, which if can revive, will help the economy. There is already MGNREGA allocation, which is of the level of Rs 55,000 crore.