Apathy of banks and govt slows infra growth: AM Naik

L&T Chairman AM Naik said the government projects are getting postponed every quarter, while banks are unwilling to lend to large private projects, but focused on recovering the dues. 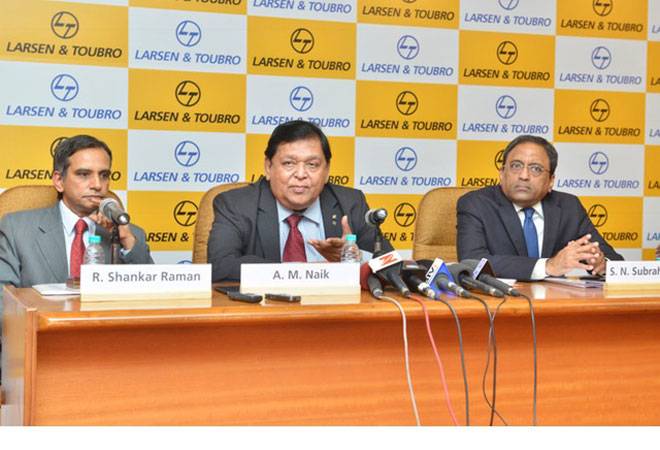 While sluggishness in the private sector investment is hampering the country's economic growth, AM Naik, chairman of India's largest private sector engineering and infrastructure company Larsen & Toubro (L&T) came openly against the government and the banks for not focusing on the real issues that the businesses are facing.

In a press briefing after announcing the fiscal performance of the company in the last financial year in Mumbai, Naik said the government projects are getting postponed every quarter, while banks are unwilling to lend to large private projects, but focused on recovering the dues.

L&T has posted 8 per cent growth in revenues to Rs 1.1 lakh crore in the last financial year, thanks to monetization of some large completed projects. The net profit also rose by 43 per cent to Rs 6041 crore. However, the infrastructure behemoth had to write down Rs 18,000 crore worth projects from its order books as non-moving, because of the governmental delays and funding issues.

Naik said that L&T is now largely depending on the government projects, unlike in the past when 30 per cent of the orders were from private sector. "Now there are no serious big private sector projects. If there were 20 serious people bidding for a big project, not even four-five are not there (now). At least 70-75 percent of the big private sector players are no longer willing to invest, as banks are after them to recover dues, though banks are flushed with funds," said the septuagenarian executive who will become L&T's non-executive chairman from October 1, for three years.

The company was expecting orders from defence sector worth over Rs 10,000 crore in the last year. Since that has not happened, the company is cautious on the visibility for new orders from that sector. "I can't predict whether it will happen in the next four quarters," he added.

Earlier, the company was fighting internal execution delays to complete projects on time. "Our execution level was 23 percent run on time, which has now improved to 87 percent. If we were earlier requesting more time for execution, now we are after them (those who placed the orders) to 'take' the finished project", said Naik, noting that L&T finished construction of interceptor boats for Coast Guard two years ahead of schedule, but they are accepting the ships only in a phased manner.

L&T, which will be selective, will focus on profitable execution of the large orders, on-time deliveries and operational excellence, said Naik.

Dangal may be ahead of Baahubali 2 in worldwide collections, but for how long?