26/11 mastermind Tahawwur Rana might be extradited to India: Reports

Some 166 people, including US nationals, were killed in the attack carried out by 10 Pakistan-based Lashkar-e-Taiba (LeT) terrorists in Mumbai. Nine of the attackers were killed by police while lone survivor Ajmal Kasab was captured and hanged after handed. 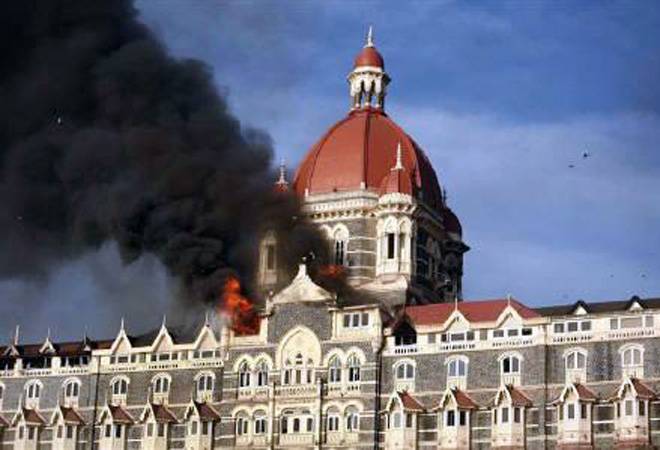 There is a "strong possibility" of Pakistani-Canadian Tahawwur Hussain Rana's extradition to India before the completion of his 14-year jail term in the US in 2021 for plotting the 2008 Mumbai terror attack, an informed source here has said.

Rana, a Pakistan-born Canadian national, was convicted by a federal jury of participating in a conspiracy involving a terrorism plot against a Danish newspaper and providing material support to Lashkar-e-Taiba (LeT), a terrorist organisation based in Pakistan.

A total of 166 people, including 6 US nationals, were killed in the attack carried out by 10 Pakistan-based LeT terrorists in Mumbai. Nine of the attackers were killed by police while lone survivor Ajmal Kasab was captured and hanged after handed down death sentence by an Indian court.

In 2013, Rana was sentenced to 14 years of imprisonment, followed by five years of supervised release by U.S. District Judge Harry Leinenweber.

According to the US officials, he is set to be released in December 2021.

The Indian government, with "full co-operation" from the Trump administration, is currently working on completing the necessary paperwork to ensure the extradition before his current jail term ends in December 2021.

India would not seek extradition of Rana on the charges for which he is already serving his jail sentence, as officials pointed out that the "double jeopardy" clause in the US justice system prohibits to punish a person twice for the same crime.

India is seeking extradition of Rana on the ground that he was actively involved in planning an attack on the New Delhi-based National Defence College and Chabad Houses in several cities. There is also forgery case registered against him in India.

"There is a strong possibility of extradition of Rana to India on completion of his jail term here. We (US and India) are working on this," a source told PTI.

But the "challenge" is to complete the necessary paperwork during this period and overcome the cumbersome bureaucracy of the two countries and the independent judiciary, the source said.

India's Ministry of External Affairs, Ministry of Home Affairs and Ministry of Law and Justice and the US' State Department and the Department of Justice, each of them has their own extradition procedure in place.

They are unwilling to cutdown or speed up their own process when it comes to extradition, the source added.

Following a recent visit to the US by India's National Investigation Agency (NIA) team, officials from both sides have agreed to cut down on the bureaucratic procedures so that all the necessary paperwork is ready before the current jail term of Rana ends in December 2021.

During the visit, the NIA team also received guidance from their US counterparts on the paperwork which India needs to complete to meet the requirements of the American judiciary system and their standards.

The NIA is expected to have direct communication with their US counterparts to cut short the timeframe and bureaucratic formalities, sources said.

In case, the US government in co-operation with the Indian government is unable to complete the necessary paperwork before that, officials here said it would become very tough to ensure a smooth extradition of Rana once he is released from the jail in Chicago, where he is currently serving his sentence.

As per the existing US law, Rana, a Canadian national, would most probably be deported to Canada if India and the US are unable to complete the cumbersome extradition process before his release.

However, people familiar with the matter told PTI that there is a "desire" so there is an assurance from the highest level in the Trump administration that all necessary steps would be taken in timely manner to ensure extradition of Rana before his release.

According to the US officials, the extradition of Rana would help in cementing the relationship between the two countries, boost up the counter-terrorism co-operation and enhance America's image among Indians.

On the 10th anniversary of the Mumbai terror attack on November 26, 2018, the Trump administration had reiterated its resolve to bring to justice those involved in it.

Vice President Mike Pence had raised this issue during his meeting with Prime Minister Narendra Modi in November.

Citing the partial government shutdown, the State Department and the Department of Justice expressed their inability to respond to the questions related to the extradition of Rana.

The Indian Embassy here and the attorney of Rana did not respond to a question on his extradition.