The curtains from the mystery was finally lifted with the release of Baahubali 2: The Conclusion on Friday last week. 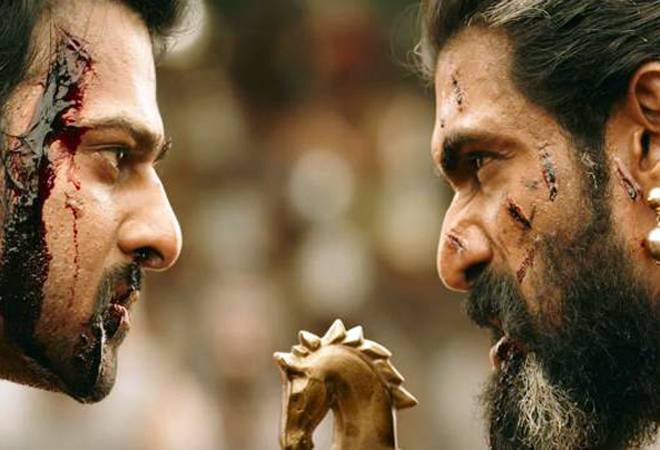 The beginning of the Baahubali saga created a storm at the box office, the impact of which surprised many including its makers. The larger than life waterfall visuals, the awe-inspiring characters and, yes, how can we not mention the ultimate cliffhanger of all time: 'Why did Katappa kill Baahubali?'

The curtains from the mystery was finally lifted with the release of Baahubali 2: The Conclusion on Friday last week.

With a massive release on 6,500 screens in India, and counters flashing the 'Housefull' board, Baahubali: The Conclusion was seen raking in crossing 100 crore in less than 2 days.

Made at a mammoth budget of Rs 250 crore, Baahubali: The Conclusion is the most expensive Indian film of all time. After the prequel of the movie garnered Rs 650 crore, all eyes were set on the second installment of the movie.

And fulfilling the king-sized expectations, Baahubali's conclusion did not disappoint its fans and its producers.

In the first three days since its release,  Baahubali: The Conclusion's box-office has earned over Rs 540 crore in all languages, with the film's Hindi version clocking Rs 128 crore.

According to trade analyst, Taran Adarsh, Baahubali 2 is performing strongly in international markets too, with a collection Rs 64 crore in just North America. In Australia the film minted Rs 4.04 crore, New Zealand witnessed the business of Rs 1.33 crore so far and in UK the film did a business of Rs 1.62 crore.

The  Tamil version of the film in Australia and in the United Kingdom is doing extremely well. Early trade numbers suggested that the film has collected Rs 2.47 crore and Rs 1.61 crore in both the countries respectively.

At home, the Hindi version of the movie has already smashed all the Bollywood records, tweeted Taran Adarsh. While, the final numbers of the opening weekend were yet to come, Adarsh tweeted to confirm that Rajmauli directed Baahubali: The Conclusion has already left behind the Sultan and perfectionist of the box office in opening day collections race.

The happiest of the lot from the grand success of the film is actor Prabhas who has given the entire four years of his career to this mega movie. Post the release of the film, he reportedly has been sleepless for close to 48 hours.

Meanwhile, the fanbase of the film, Baahubali: The Conclusion is continously growing. Information and Broadcasting Minister Venkaiah Naidu is the newest addition to the club.

He watched the film on Saturday and compared it to Hollywood classic 'The Ten Commandments'.

"It is a great visual treat... giving the experience of legendary Hollywood films like 'Ben-Hur' and 'Ten Commandments'," Venkaiah told reporters here.

"I am amazed by the canvass of the film, courage of director Rajamouli...characterisation, commitment to ensure quality of production and the fine blend of emotion with technology in dishing out such a global quality film," the Information and Broadcasting minister said.

"The film has taken Indian cinema to an entirely new level and coming from regional language (Telugu) team is all the more praiseworthy. I have met Rajamouli. He has proved that he has the capacity to compete with Hollywood directors," he said.

"As I&B minister, I compliment Rajamouli, producers and the entire team for the wonderful Baahubali sequel. We feel proud of them," he added.

Mahesh Bhatt also on his twitter account showered compliments, he said "Bahubali is a game changer, it's the kind of movie that redefines everything you thought u knew & understood about Indian movies".

Bahubali is a game changer, it's the kind of movie that redefines everything you thought u knew & understood about Indian movies.

Another Bollywood director, Ram Gopal Varma, who was lately in news over his controversial tweets on some actors also had praises for the second installment of the film. Varma said that whoever doesn't like Baahubali is in need of a psychiatric help.

Baahubali 2: The Conclusion is believed to have earned Rs 500 crore via satellite and theatrical rights even before its release. The satellite rights of the Hindi version of Baahubali 2 were bought by Sony TV for Rs 51 crore, which is the highest amount paid for a dubbed film so far.

Baahubali 2: The Conclusion tightens the loose ends of Baahubali: The Beginning. Besides solving the mystery to the question, "Why Katappa killed Baahubali?", the second film also shows Mahendra Baahubali avenging the death of his father by taking on Bhallala Deva.