The new Humsafar Express revolutionises the AC 3-tier coach: Here are the key features you should know

The Indian Railways have sought a 'major makeover' for the AC 3-tier coach in a bid to make it more passenger-friendly. 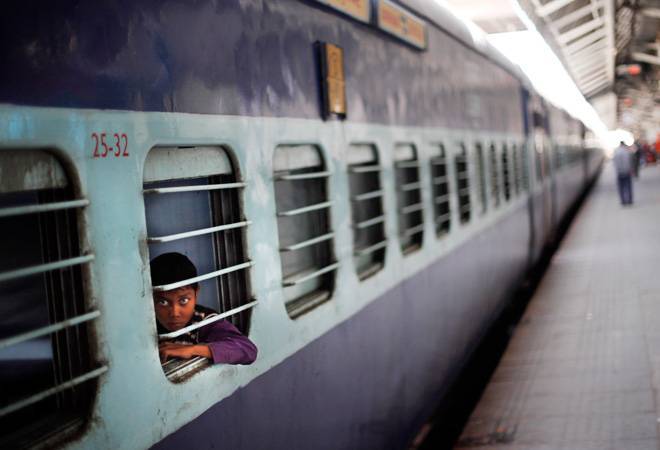 The Indian Railways have sought a 'major makeover' for the AC 3-tier coach in a bid to make it more passenger-friendly.

The all new Western Railways' first AC 3-tier Humsafar Express between Ahmedabad and Chennai was flagged off by Railway Minister Suresh Prabhu at a function held in Udvada town in Valsad district on Tuesday.

There are reportedly 10 new designs (major and minor) introduced to the coaches and as a part of the revamp the beige-cream grey colour scheme has been replaced by the signature blue of the Indian Railways .

The first coach is awaiting the Railway Ministry's nod before it debuts on the tracks.

Here are some of the key features of the AC 3-tier coaches:

2. There will be better ladders with footrests and handles to access the top berths.

3. For the first time, the Indian Railways have introduced separate urinals for men and women. Women urinals will also have nappy-changing tables for babies.

4. Further, the toilet walls are graffiti resistant, flooring has been remodelled not to soil easily and the steel mug chained to a pipe has been replaced by a faucet.

5. In the technology front, a GPS-enabled screen has been installed in every coach to display the train's current location.

6. New coaches will have a cushioned plank placed alongside the side-lower seats. To lower the backrests for a flat berth the passenger will simply have to slide the hand rests up.

7. Additionally, the each coach will have CCTV cameras near doors, smoke detector alarms and tea/coffee vending machines.

The cost of manufacturing the new coaches stand at Rs 2.7 crore, about Rs 20 lakh more than an ordinary AC 3-tier coach.

Railway Minister Suresh Prabhu flagged off the inaugural run of the superfast weekly express from Ahmedabad through video conferencing from Udvada, a railway PRO said in a release.

"The train will pick up the regular run from May 8 from Ahmedabad and from May 10 from Chennai," reported PTI.

Humsafar Express, comprising the air-conditioned three-tier coaches, aims at providing a luxurious travelling experience to the common man, it said.

"On the occasion, Prabhu also inaugurated the Coach Guidance System installed at platform no. 1, comprising Coach Guidance Board (CGB), Train Indicator Display Board and Integrated Passenger Information System, including the platform shed extension, at Sabarmati (MG) station through video conferencing," the release said.

Prabhu dedicated to nation the newly-constructed FOB at Bhestan station as well as the doubling of Vasadva Dhrangadhra Chuli and Chalthan Bardoli sections.

He laid the foundation stone of four over-bridges on Vapi Valsad section by unveiling the plaques, stated the release.