Vinod Khanna passes away at 70: A journey from Bollywood star to politician

The veteran actor was hospitalised in HN Reliance Foundation and Research Centre in Girgaum on March 31 after complaining of severe dehydration. 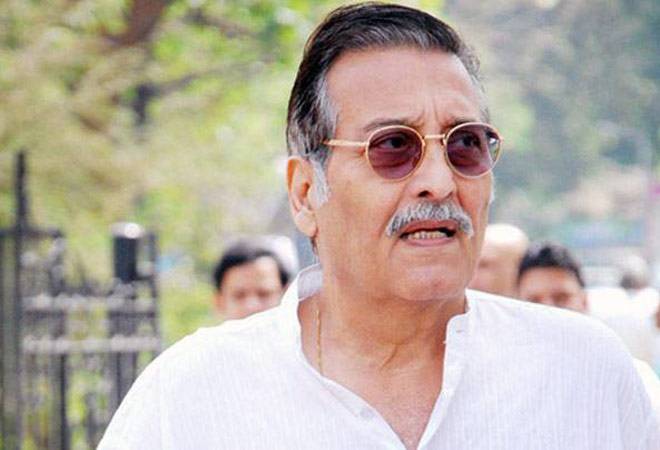 Bollywood actor Vinod Khanna passed away on Thursday morning at the age of 70 after prolonged illness.

The veteran actor was hospitalised in HN Reliance Foundation and Research Centre in Girgaum on March 31 after complaining of severe dehydration.

A photo of the actor was circulating the internet where he looked frail and thin which sparked rumours that he was suffering from bladder cancer.

However, Khanna's sons said that their father was stable and recovering.  The star reportedly died in the early hours of Thursday.

Born on October 6, 1946 he has been starred in many films like Amar Akbar Anthony and The Burning Train.

He made his acting debut with Mann Ka Meet in 1968. He went on to win numerous awards, including the Filmfare award for best supporting actor for Haath ki Safaai and in 1999, the Filmfare Lifetime Achievement Award, and again in 2007 he won a lifetime achievement award at the Zee Cine Awards. He was seen in more than 100 films between 1968 and 2013.

However, in 1982 he decided to quit the film industry in his peak years and follow his guru Osho Rajneesh.

After a five year break, he returned to make hit movies like Insaaf and Satyamev Jayate.

Khanna joined politics in 1997 and got elected from Gurdaspur constituency in Punjab in the Lok Sabha polls. In 2002, during the time of the Atal Bihari Vajpayee government, he became Union minister for culture and tourism. Six months later, in January 2003, he became a Minister of State in the Ministry of External Affairs. Khanna lost the 2009 election, but was re-elected from Gurdaspur in 2014. He was one of the first from Bollywood fraternity to have joined politics, in 1997.

He was last seen in the Shah Rukh Khan starrer 'Dilwale' in 2015.

Loss for the film industry

The film fraternity are sending messages of condolences to the actor's family and  expressing the loss to the film industry.

His screen presence is unparalleled even today...his super star swag is what we grew up on....RIP #VinodKhanna ...thoughts and prayers....

Rishi Kapoor paid tribute to him on Twitter calling him Amar for Vinod Khanna's iconic role in the movie Amar, Akbar, Antony:

Will miss you Amar. RIP. pic.twitter.com/WC0zt71R4J

Very sad to hear about Vinod Khannaji. A decent man and a star till the very end. My condolences to his family.

Much before we knew the word Swag, he had it. Go Well Sir. Enjoy your new Journey. We will miss you. #VinodKhanna

RIP #VinodKhanna sir. You were the fantasy of most women in the northern India through the 1980s. You shall be missed by one and all ????

German model and actress Evelyn Sharma expressed her love and respect on twitter:

Sad to hear about the demise of #VinodKhanna ???? Sending lots of love and prayers to his family...

MP of Lok Sabha from Mumbai, Milind Murli Deora expressed his support to the Khanna family:

RIP Vinod uncle: a legend on & off the screen. So many fond memories. Heartfelt condolences to Akshaye, @R_Khanna & the family#VinodKhanna

Apart from the film fraternity, even the Indian Finance Minister shared his condolences:

PM Modi flags off Delhi-Shimla UDAN flight: Here's all you need to know