Nokia makes a comeback, whereas Jio comes up with yet another free data plan. This and more from the tech world. It's a stalwart making a comeback in an unfamiliar, aggressively competitive world. Finnish startup HMD Global launched Nokia 6, Nokia 5 and Nokia 6 today, marking its entry into the Android ecosystem. Nokia 3 and Nokia 5 are priced at Rs 9,499 and Rs 12,899, respectively. Nokia 6, the most premium smartphone of the lot, will be sold on Amazon India at Rs 14,999. While Nokia 3 will be available from June 16, pre-bookings for Nokia 5 will begin from July 7. Nokia 6 can be pre-booked starting July 14.

Nokia 6 has a 5.5-inch HD display powered by a Qualcomm Snapdragon 430. The handset has 3GB of RAM and 32GB internal memory. The Arte Black version comes with 4GB RAM and 64 GB internal storage. On the camera front, the phone houses a 16-megapixel rear camera and a 8-megapixel front facing snapper.

Nokia 5 and Nokia 6 run Android 7.1.1 Nougat whereas Nokia 3 has Android 7. HMD Global has promised an Android O update for the phones.

Jio is at it again Under the new plan launched by Reliance Jio, customers who buy Lyf smartphones can avail 20 per cent extra 4G data for free. The offer will be applicable on 10 models under Lyf's Water line-up and will be effective till March 31, 2018 for a certain charge. The offer will be activated within 48 hours of the phone being bought and will also come with one-year warranty extension. It was the Lyf smartphones that Reliance Jio started offering its free services from. 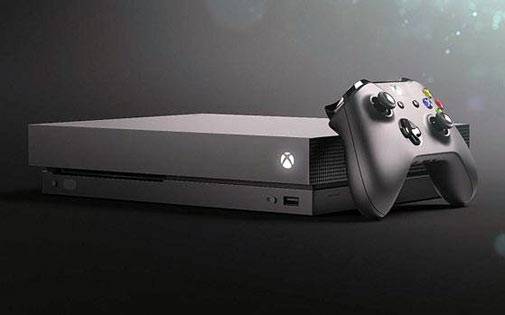 Microsoft recently took the wraps off its new gaming console Xbox One X at E3. Called the first true 4K console, the new Xbox can run 4K UHD Blu-ray discs. Codenamed Project Scorpio, the Xbox One X will be available across the world from November 7 later this year with a price tag of $499 (around Rs 32,000).

Microsoft also announced 42 new games for its Xbox One line-up with 20 of them being exclusive releases. The console is powered by a eight custom x86 cores clocked at 2.3GHz and 12GB GDDR5 RAM, stated a report by India Today Tech team. The console will come armed with 6 teraflops of graphical power. Sufficient 1TB of storage will be available with the console.

The old game collections will not go to waste as the Xbox One X can also run existing Xbox One and backward compatible Xbox 360 games at 60 fps.The console come with HDMI but has no Kinect port. Two budget smartphones Moto E4 and Moto E4 Plus were launched on Monday. They have already been launched in the United States and are expected to be available in India by the end of this month. The phones are expected to be on the market from June 22 and are likely to be Amazon Prime Exclusive products, according to an India Today report.

The Moto E4 has a 5-inch HD display whereas E4 Plus has a 5.5-inch HD display. Both smartphones have 1.4GHz Qualcomm Snapdragon 425 processor and 2GB of RAM. Moto E4 will come with 16GB of internal memory, whereas the E4 Plus will have a 32GB variant as well.