Here are the top five smartphones of 2016

The year 2016 was an exciting one with plenty of smartphone launches. Flagship devices stepped up a notch towards perfection and the definition of compromising on features in an inexpensive smartphone were redefined. The year 2016 was an exciting one with plenty of smartphone launches. Flagship devices stepped up a notch towards perfection and the definition of compromising on features in an inexpensive smartphone were redefined. Samsung came up with a perfect smartphone - Galaxy Note 7 - which unfortunately had an exploding problem and had to be recalled. Companies such as Asus, OnePlus, Gionee, Vivo, Xiaomi and Honor launched some compelling devices too. Even BlackBerry learned from its past mistakes and launched DTEK 50. But unfortunately, not every good device can make it to our list of top smartphones as the place is reserved for great devices. Here are our top five picks of the year 2016, in no particular order as they are superb pieces of hardware. 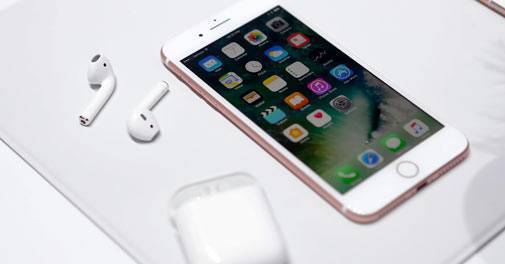 Apple iPhone 7Plus
Apple's latest iPhone had features that were present in some of the smartphones - water resistance, dual camera and so on. But Apple doesn't do things for the sake of doing it. Continuing with the same 5.5inch 3D display with 1920x1080 pixel resolution comes with a wider colour gamut, making it 25 per cent brighter. With the A10 fusion chip four cores -- two high performance cores and two low-power cores -- it is paired with iOS 10 which offers great performance with better battery life over the predecessor iPhone 6S Plus. Apple took a big step by removing the 3.5mm jack and adding a lightening headphone along with a connector but also added dual speakers for superb sound. And the dual lens camera - wide angle with telephoto lens - is just way too good. It offers 2x optical zoom and the depth mode capture DSLR like images. Depth of field works well, keeping the faces sharp and blurring the background. It works well on objects too. Both the image with the depth effect (or blur) and without the effect are saved in the camera album. A separate album also stores images captured in the depth mode. Images are sharp and crisp, capturing natural colours. And this year, Apple did double the storage for all its models. So, the base model now has 32GB storage instead of 16GB.
Price: Rs 72,000 for 32GB 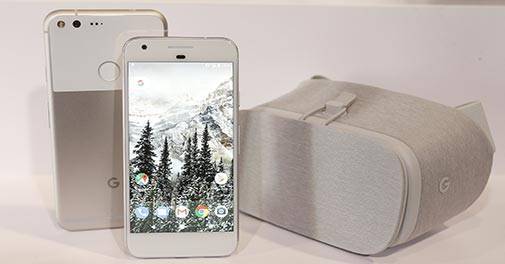 Google Pixel XL
Coming from Google, Pixel XL is a great flagship Android device that promises the best of hardware and regular OS updates. Bidding goodbye to the Nexus hardware, Google has launched Pixel in India in sync with the global launch. With the 5.5inch QHD AMOLED display with Gorilla Glass 4 protection, the screen is crisp. The performance is top notch too. It is powered by Qualcomm Snapdragon 821 64-bit chipset clocked at 2.15Ghz with 4 GB RAM. Google claims to have added the best camera optics featuring a 12.3-MP rear camera with f/2.0 aperture with features such as HDR+ and smartbust. It can capture 4K videos and is equipped with video stabilisation. And the Pixel XL lives up to the claims. The images captured look stunning on the phone's display as well as on a bigger screen. The camera does makes colours look vibrant but I guess that's what most of us are looking for while trying to click - a perfect picture. The colors look so vibrant and colorful that at times they don't need any filter or editing. The UI is pretty neat and simple. The biggest highlight of the Pixel is the inbuilt Google Assistant that reminds us of the smallest things such as due date for the mobile bill by reading emails. There is also a smaller version - Pixel which comes with a 5inch display and is priced at Rs 57,000 for 32GB.
Price: Rs 67,000 for 32GB 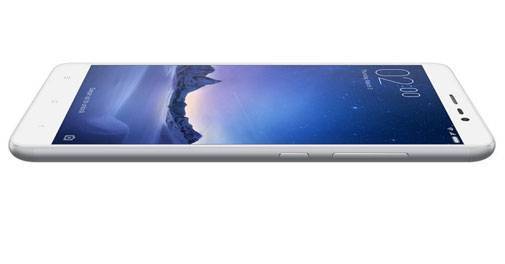 Xiaomi Redmi Note 3
Xiaomi has been really aggressive in India in 2016 and the company came up with some superb devices including the Mi 5. However, our top favourite from the company is the Redmi Note 3. This mid-range smartphone gave consumers a great device which does not compromise on any front. Redmi Note 3 not just looked good but is powerful, had a great camera and a superb battery backup. It is a 5.5inch monster with a finger print sensor at the rear which works flawlessly. The 16MP rear camera captured some stunning images, which was the best when compared to all the devices in its price range. The results were bright and offered true colours. And the 4050 mAh battery easily lasted over a day and a half, something very rare smartphones are capable of. To give consumers an option, Xiaomi launched it in two variants Qualcomm 650 processor with - 16GB storage with 2GB RAM and 32GB storage with 3GB of RAM. Our review unit was the latter one - 3GB RAM with 32GB storage.
Price: Rs 11,999 OnePlus 3
OnePlus is known for offering smartphones packing high-end specifications at half the price of flagship smartphones. While the company did stumble with its second offering last year, it made a comeback in a grand way with OnePlus 3. Living up to the claims, the OnePlus 3 was a true flagship killer. It had a 5.5-inch full HD display and a metal unibody design. It packed in a Qualcomm Snapdragon 820 processor and is paired with 6 GB of RAM, 64 GB of internal storage and Marshmallow-based Oxygen OS. It has a 16-MP camera with f/2.0 aperture lens, optical image stabilisation and 4K video capability which captures some great images, too. But barely six months after the launch, OnePlus has now launched the OnePlus 3T which makes this perfect device even better. The 3T version has Qualcomm Snapdragon 821 processor, a bigger battery (3400mAh) and an updated Electronic Image Stabilization (EIS) algorithm and updated software that enhances colour tones of the image captured. Front facing camera has been bumped up from 8MP to 16MP.
Price: Rs 27,999 for OnePlus 3 and Rs 29,999 for OnePlus 3T 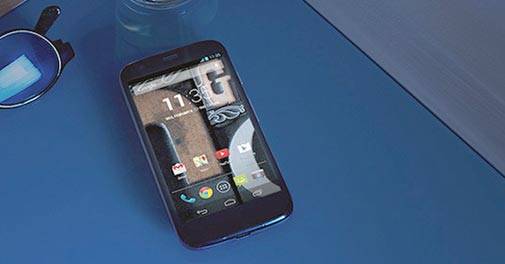 Motorola Moto Z
When Motorola relaunched its smartphone portfolio in India a couple of years ago, the company focused on having performance in entry-level and mid-level smartphone. While it faced the heat from the Xiaomi and Asus, it continued to innovate its flagship devices. And this year, Motorola gave us a Modular Phone. The Moto Z was a top of the line smartphone with detachable mods that can be snapped to the rear of the device. This included a projector mod, speaker mod, camera, etc., but these came at an additional cost. Going back to the core device, the 5.5inch with 1,440 x 2,560 pixel resolution, protected by Gorilla Glass 4, was stunning. The device is sleek at 5.2 mm and weighs 136 gms only. It was powered by Qualcomm Snapdragon 820 processor paired with 4 GB of RAM, 64 GB of internal storage, and Android Marshmallow operating system. The 13-MP rear camera captures good images. Price: Rs 39,999
Tags: smartphones | Apple iPhone 7 | Apple iPhone 7Plus | Google Pixel XL | Xiaomi Redmi Note | OnePlus 3 | Motorola Moto Z