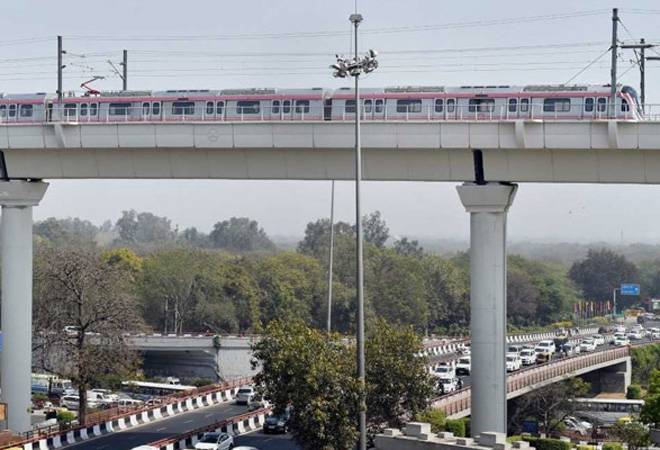 The Delhi Metro ridership showed a steady rise with almost 27 lakh commuters taking the services daily in the Delhi-NCR area in February. The rail network operates nearly 252 km of track following the commercial launch of the Pink Line.

In 2017, occupancy levels had witnessed a significant dip following an increase in ticket prices on two occasions. The average ridership had fallen from 26.5 lakh in May to 25.7 lakh in June. However, by September the Delhi commuters were back in large numbers to reach 27.4 lakh. The subsequent price rise on October 1 led to yet another setback with the month recording 24.2 lakh footfall.

"The daily average ridership touched 25.64 lakh in December. The numbers for January and February were 26.85 lakh and 26.98 lakh, respectively," a press note issued by the Delhi Metro Rail Corporation said.

DMRC said the opening of new sections - Magenta Line in December and a part of the Pink Line in March had helped in the rising footfalls. The average daily passenger volume was 45,000 on the Kalkaji Mandir-Botanical Garden line in January. It rose up to 49,000 in February, the press note stated.

Beware, there are microplastics in our bottled mineral water, says study