Leading car makers Maruti Suzuki, Hyundai and Tata Motors recorded robust sales on the back of a strong destive demand in October. 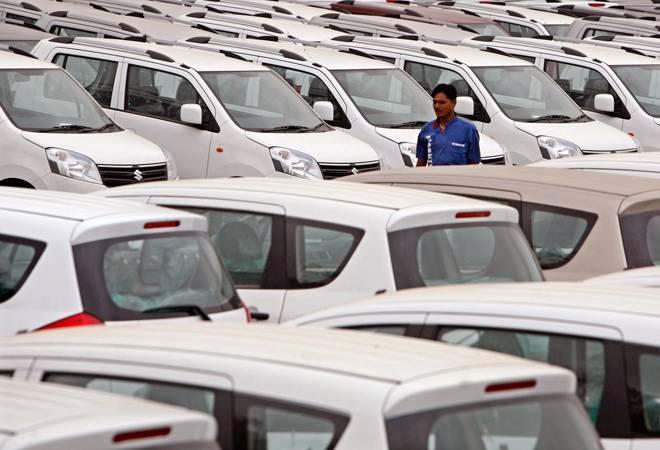 Leading car makers Maruti Suzuki, Hyundai and Tata Motors recorded robust sales on the back of a strong destive demand in October.

Similarly, Nissan Motor India and Volkswagen also reported good sales during the month although Toyota saw a decline of 6 per cent.

MSI's domestic sales were at 1,23,764 units as against 1,21,063 units in the same month last year, up 2.2 per cent. Market demand for Maruti Suzuki products remained strong during the month. Strong retail sales of Ciaz, S Cross and Ertiga, besides of course Brezza and Baleno, kept the momentum positive for us, MSI Executive Director (Marketing and Sales) R S Kalsi said.

Utility vehicles consisting of Gypsy, Grand Vitara, Ertiga, S-Cross and compact SUV Vitara Brezza surged over 90.9 per cent to 18,008 units in October this year from 9,435 units in the corresponding month last year.

Arch rival Hyundai logged its best ever monthly domestic sales at 50,016 units last month as compared with 47,015 units in October last year, a growth of 6.4 per cent.

The company's passenger car sales were up 31 per cent at 14,483 units in October compared with 11,049 in the year-ago period. While we have been growing month-onmonth, the festive season has further ushered in strong growth impetus for us.

Nissan Motor India reported domestic sales of 6,108 vehicles in October, up 88 per cent, compared to 3,246 units sold in the same month a year ago.

Similarly, German auto major Volkswagen reported a 70.01 per cent increase in sales in India at 5,534 units in October. It had sold 3,255 units in the same month last year. On the other hand, Toyota Kirloskar Motor reported a 6.06 per cent decline in domestic sales at 11,651 units in October.

Soon consumers will be able to report call drops directly