New COVID-19 wave in Kerala? State emerges with most cases, deaths for the past week

A new wave of infections is said to have hit Kerala, with the state accounting for about 23 per cent of the 167,221 cases reported over the past week 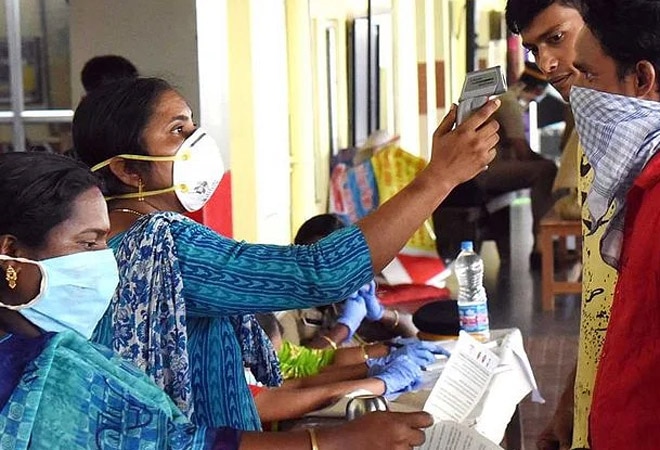 India has recorded a second week with fewer than 200,000 new coronavirus cases being reported in the country. Having said that, as the pandemic seems to be curbing on a national level, one of the otherwise best performing states - Kerala - is seeing the condition worsen in terms of pandemic management.

A new wave of infections is said to have hit Kerala, with the state accounting for about 23 per cent of the 167,221 cases reported over the past week. While other states are seeing a slowdown, the opposite is being observed in Kerala. In early December, both Kerala and Maharashtra had a share of 13 per cent.

While Kerala's share increased to 23 per cent last week, Maharashtra's cases accounted for 12 per cent of India's total caseload.

As declared by the Union Health Ministry, cases in India stand at 10,123,778 on Thursday. Having said that, India is witnessing a decline in the number of active cases, having gone down below 3 lakh since July 12, 2020.

Nearly a quarter of all COVID-19 deaths in the last week have come from Maharashtra, with death toll crossing 500 in the state. Another quarter of deaths came from three states - West Bengal (12 per cent), where the election season is coming up, Delhi (9 per cent), and Kerala (8 per cent).

The rise in fatalities has been high in Kerala as well, with the state accounting for 7 per cent of the national toll. Uttarakhand and Haryana follow with 5 per cent and 4 per cent, respectively. As of Thursday, India's death count stood at 146,756.

With Kerala holding the greatest proportion of cases, the state also saw a jump of 5.5 per cent in its cases last week, clocking 38,070 new infections. These were coming in from across 14 districts of the state, 9 of which belong to list of districts that witnessed a rise of 5 or more percentage points week.

As far as deaths are concerned, the biggest spikes were all reported from the most literate state of the country. Palakkad, Kozhikode, and Alappuzha from Kerala recorded 15 per cent, 11 per cent, and 10 per cent rise in fatalities, respectively.The increase in cases can be attributed to the recently culminated local body elections, for which over 2 crore people had casted their votes. As other states reported a decline in cases, Kerala added over 5,400 cases on December 20.

Trends show that positivity rate has dropped in most states. Having said that, with winter picking pace in the northern parts of the country, a circumspect approach by authorities is much needed. Delhi has set an example of sorts by increasing testing rates to better manage the outbreak, while West Bengal still has a disturbingly low testing rate for its current caseload.

In Europe, the predicament looks bleaker. With a mutation of the coronavirus being found in the UK, Christmas and year-end festivities have been put on hold with most countries cutting off travel ties with the country. Germany, France, Italy, Poland, as well as the UK accounted for about 21 per cent of weekly global deaths.

While the news of a mutant virus took the world by storm, UK Health Secretary Matt Hancock informed on Wednesday about the presence of a second mutation found in the country. This second mutated strain reportedly originated in South Africa.

Regarding the vaccination drive in India, Health Minister Harsh Vardhan on Monday announced that India could well begin with inoculations starting next month itself, with a pan-India penetration of the vaccines taking a few months.