Air-conditioner makers are betting on the early onset of summer to boost sales, with firms like Carrier Midea, Panasonic, Daikin, LG, Godrej and Samsung eyeing up to 30 per cent growth. 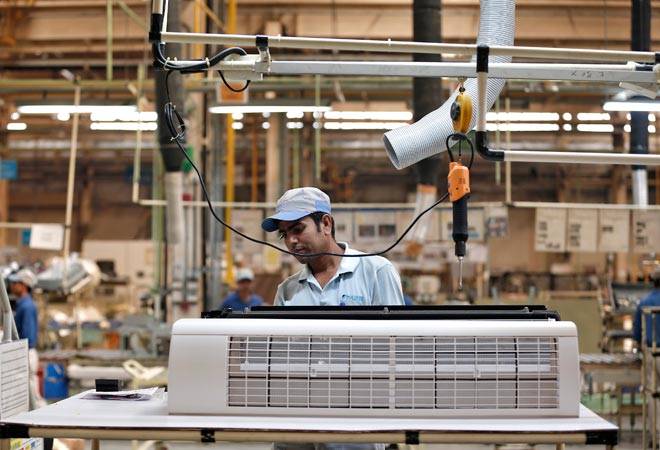 Air-conditioner makers are betting on the early onset of summer to boost sales, with firms like Carrier Midea, Panasonic, Daikin, LG, Godrej and Samsung eyeing up to 30 per cent growth.

Some of the companies are also hoping that the consumer durable segment, which is steadily recovering from the impact of demonetisation, will benefit from their AC sales with the early advent of summer.

"Compared to 2016-17, the AC industry sales are expected to rise by 15?18 per cent in 2017-18. This is mostly due to the early onset of summer," Panasonic India Business Head - AC Group Mohammed Hussain told PTI. On his companys expectations, Hussain said Panasonic India is targeting a 30 per cent growth in the air-conditioner segment with around 3.5 lakh units translating into a market share of around 10 per cent. Bullish on the sales of ACs, LG India Business Head (AC) Vijay Babu said: "We are targeting at growing by 30 per cent... Overall, the momentum is quite positive." The early arrival of summer is also proving to be a blessing in disguise for companies like Godrej Appliances which had taken a hit from demonetisation in its other product categories. Godrej Appliances Product Group Head AC Anup Bhargava said this fiscal the consumer durables industry had a good run, clocking 26 per cent growth in the first eight months, riding on good monsoon and 7th Pay Commission till demonetisation was announced in November. "Since February, we have started seeing signs of recovery. The early summer months will be very crucial in bringing the industry back to a strong footing," he said.

Rajeev Bhutani, Samsung India V-P, Consumer Electronics: "This year has seen an early onset of summer and we are already seeing a considerable demand for Samsung ACs. Consumers are looking for energy-efficient products, and our new air-conditioners have been designed to suit their needs."

The AC makers are expecting North India to remain their main growth driver followed by South, West and East. "With the summer season setting in from week four onwards (in March), we are expecting the region to pick up in terms of sales performance," Carrier Midea MD Krishan Sachdev said. Hussain said at present the northern region accounts for the largest share in the AC market in India with approximately 35-40 per cent followed by South, West and East. "The trend is likely to continue and major demand will be generated from the North region mostly," he said.

No GST for Education, healthcare and pilgrimages, to avoid shock in first year