Adani Enterprises, the flagship firm of Adani Group, today reported a 62 per cent in consolidated net profit to Rs 340 crore for the quarter ended December 31, 2016 on improved income. 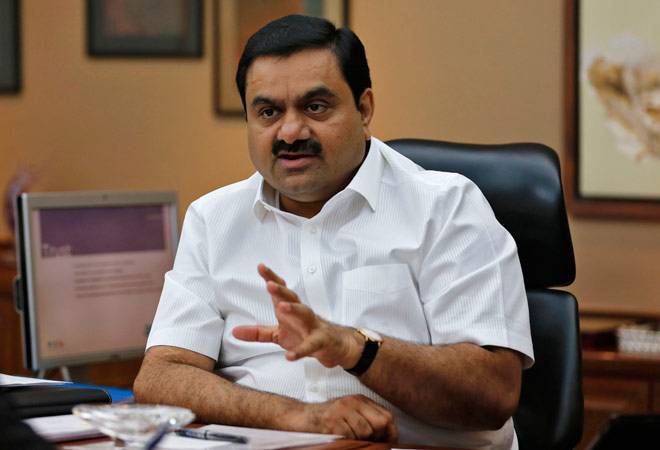 Adani Enterprises, the flagship firm of Adani Group, today reported a 62 per cent in consolidated net profit to Rs 340 crore for the quarter ended December 31, 2016 on improved income.

The firm had clocked a net profit after taxes, minority interest and share of profit/loss of joint ventures and associations at Rs 210 crore in the corresponding quarter of the previous fiscal.

Consolidated income from operations for the quarter was at Rs 8,606 crore, while the consolidated EBIDTA for the quarter stood at Rs 705 crore. The Ahmedabad-based firm said that as in the previous quarter, the company has maintained its financial performance on comparable basis with contribution from mining, city gas and renewable businesses.

"The robust platform of processes, resources and business portfolio is capable to cater emerging needs of the country.

Government initiatives to curb the parallel economy and other reforms augur well for our businesses. We at Adani Enterprises continue to focus on business opportunities with sustainable returns and value enhancement," said Gautam Adani, Chairman Adani Group.

Adani Enterprises said yhat in its Mine Development and Operations (MDO) business at Parsa Kente, the company has supplied washed coal of 5.12 million tonnes (MT) to RRVUNL in nine months of the current fiscal as compared to 3.71 MT in 9MFY16, higher by 38 per cent.

"It envisage future growth through a 50:50 Joint Venture with Indian Oil Corporation which has been awarded the city gas project in Allahabad, Chandigarh, Ernakulum, Daman, Panipat, Udham Singh nagar and Dharwad. Projects are at various stages of implementation in these cities," it said.

In edible oil business, it said it has maintained its leadership position with Fortune brand and continues to dominate the refined edible oil market.

In agro storage business, it has entered into service agreement with the Food Corporation of India and Madhya Pradesh Warehousing and Logistics Corporation for bulk food grains handling, storage and transportation.

On Renewable Energy business, it said for solar power generation, it has commissioned 100 MW in Punjab, which is the largest project in India with Single Axis Tracking technology.

With this, it has operational projects of 760 MW of solar and wind power. Further, pipeline of 1,414 MW of wind & solar power projects are under various stages of implementation across the country.

It said that the state-of-the-art solar manufacturing facility at Mundra is being built with the objective to control cost by integrating with eco-system around its facility.

It said that various supporting units are being built with various partners and few are in advanced stage of construction.

Warehouse for supporting these manufacturing cluster is almost ready for receiving the produces from various units and the main plant construction is also nearing completion and getting ready to receive the equipment, it said.

On Overseas Mining, it said the business in Indonesia is doing well. The company has extracted 3.11 MT of coal in 9MFY17. During Q3, the Indonesia mine faced abnormal rains due to seasonal effect. While recovery in production is expected in Q4, there may be some shortfall in target 5.5 MT.

The Adani Group is one of India's leading business houses with revenue of over USD 12 billion.

Adani is developing and operating mines in India, Indonesia and Australia as well as importing and trading coal from many other countries. Currently, it the largest coal importer in India.

It has extensive interests in oil and gas exploration and its coal extraction has increased to 11 MT in 2016 and it aims to achieve coal trading and mining volume of 200 MT per annum by 2020, thereby emerging as one of the largest mining groups in the world.

The shares of the company closed at Rs 90.80 apiece on the BSE, down 0.93 per cent from the previous close.

Govt clears plans to step up production of Tejas