Alphabet board sued on allegations of sexual misconduct cover-up 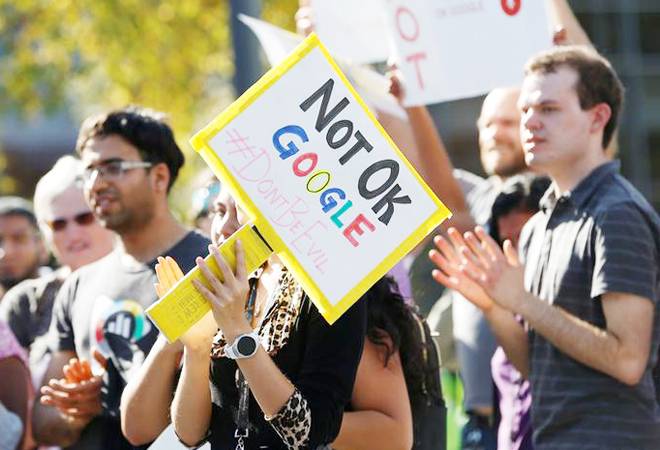 Two shareholder lawsuits filed this week accused the board of Google parent Alphabet Inc of playing a direct role in covering up sexual misconduct claims against two former executives over the last five years. The company declined to comment.

Both of the lawsuits seek to force Google to change its governance and oversight to stop future workplace conduct issues. They also call for Alphabet directors to pay damages to Alphabet for allegedly breaching their fiduciary duties and engaging in corporate waste.

The allegations stem primarily from large severance payments to Andy Rubin, who led Google's Android mobile operating division until 2014, and Amit Singhal, head of Google's search unit until 2016. Company investigations into both men had found accusations of sexual harassment against them to be credible, according to the lawsuits.

Rubin and Singhal have denied the allegations. Google Chief Executive Sundar Pichai apologized last year to employees for the companies' past handling of sexual misconduct cases and vowed to improve practices.

One of the two lawsuits in San Mateo County Superior Court in California cites minutes from Alphabet board and board committee meetings where the executives' situations were discussed.

Plaintiff James Martin obtained the documents through a "shareholder inspection demand," according to the lawsuit. Google provided them on the condition they not be published, according to his attorneys, and details from the minutes are redacted across at least eight pages in the 82-page lawsuit filed on Thursday.

Martin's attorney, Frank Bottini, said his team plans to show that Google suffered hundreds of millions of dollars in damages including payouts made to executives accused of sexual misconduct, lost productivity from employees around the world walking off the job briefly in November to protest the payouts and hits to its brand reputation.

The employee demonstrations followed a New York Times report in October that said Google in 2014 gave a $90 million exit package to Rubin, who said the terms of his departure were mischaracterized.

Employee organizers said they welcomed the lawsuits as they continue to push for further changes, including an employee representative on Alphabet's board.

The lawsuit calls for Alphabet to add at least three independent directors to its board and move to a "one share, one vote" stock structure to increase shareholder oversight of management decisions. Alphabet executives currently hold voting control through shares with 10 votes each.

"We'd like to see ... meaningful change in the tone at the company, the policies, the treatment of women, the reporting of sexual harassment and other issues," Bottini said.