The present option before Anil Ambani's Reliance Group is to shift the office back to Ballard Estate, which was the headquarters of the company until early 2018 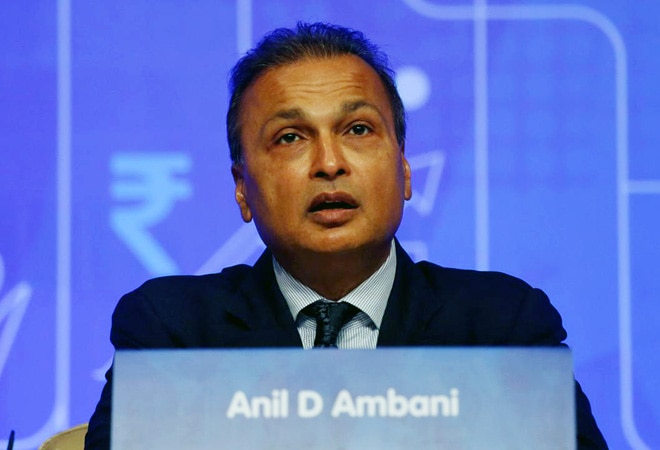 Anil Ambani's debt-ridden Reliance Group is likely to shift its corporate headquarters and chairman's office back to Reliance Center at Ballard Estate in South Mumbai. Yes Bank recently issued a notice of possession to Ambani's headquarters property at Santacruz and two other offices in South Mumbai. The present option before the group is to shift the office back to Ballard Estate, which was the headquarters of the group until early 2018, when the group completed construction of the Santacruz office, said sources in the know.

"Because of the present coronavirus pandemic situation, the shifting process will take time. Eventually, Ballard Estate office is the sole option before the debt-trapped group and there are some refurbishments going on there," said two sources. However, the 6,000-square-feet and three-floors Ballard Estate building is not enough to house all the employees from Santacruz office.

An email sent to Reliance Group spokespersons failed to elicit any response.

Reliance Center, which was earlier Crescent House, owned by Kolkata-based ICI, was built on Mumbai Port Trust land. The property came into the Ambani family's fold when the then undivided Reliance Industries took over businesses of ICI in the early 1990s. After the Ambani brothers divided the Reliance empire among themselves in 2005, the Ballard Estate office went to Anil Ambani's Reliance Group. A portion of the Ballard Estate building has been occupied by the Maharashtra government's civil supplies department, which won it through legal battle about a couple of years back.

Reliance Infrastructure, a Reliance Group company, owns the land of Santacruz headquarters. It has tried to sell the 700,000 sq ft headquarters in Santacruz since mid-last year to pay off some part of its debts. However, another legal trouble emerged as the company got the land parcel when it bought state-run electricity distribution company BSES. The electricity company argued that the land was transferred to the company for administrative purposes and setting up of substations if required. By the time, Adani Transmission completed the acquisition of Ambani's power distribution business in Mumbai. It was at this point of time, Yes Bank checked in with their claim on the land.

Also read: Mukesh Ambani plans to set up 'family council' to hand over reins of Reliance Industries to 3 children

Independence Day: Unscheduled transit flights not to be allowed to land for specific hours at Delhi airport