Those in the know of the Apollo-HDFC deal, say the money that comes in for Apollo is meant to drive growth in Apollo's core business of hospitals and help pare the promoter's debt "significantly" 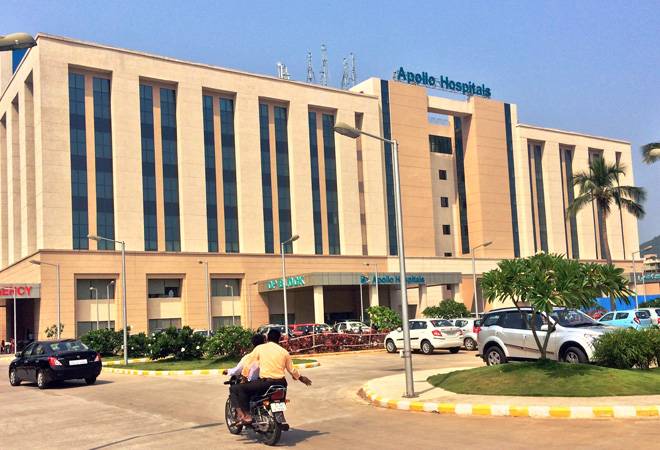 HDFC and Apollo have approved entering into definitive agreements for HDFC to make the acquisition.

Apollo Hospitals group has exited the insurance business. The company on Wednesday announced to the bourses that HDFC is to acquire a 50.8 per cent stake in Apollo Munich Health Insurance Ltd for Rs 1,336 crore from Apollo Hospitals Group and 0.4 per cent stake held by a few employees for a consideration of Rs. 10.84 crore.

Those in the know of the deal, say the money that comes in for Apollo is meant to drive growth in Apollo's core business of hospitals and help pare the promoter's debt "significantly" (that is their pledged shares are to come down by more than half).

According to the release issued by the company to the Bombay Stock Exchange, the move is to let Apollo Munich scale up and the merger with HDFC ERGO will create a strong health insurance franchise with a combined gross direct premium of Rs 10,807 crore.

On Wednesday, June 19, 2019, HDFC and Apollo at their respective meetings held during the day approved entering into definitive agreements for HDFC to make the acquisition.

After acquisition of the shares by HDFC, the release says, "Apollo Munich shall be merged with its general insurance subsidiary, HDFC ERGO General Insurance Company Limited, subject to all regulatory, shareholders & other approvals. To support the transaction with its material benefits for Apollo Munich, Munich Health will pay Rs 294 crore to Apollo Hospitals Enterprise Ltd and Apollo Energy Ltd in connection with the termination of their joint venture. The proposed transaction brings together two large insurance players with complementary capabilities. The merged insurance entity on a pro forma basis has a combined market share of 6.4 per cent of the non-life insurance industry, with 308 branches across the country. This also makes the combined entity the second largest private insurer in the accident and health segment with a market share of 8.2 per cent," it says.

The proposed merger is expected to result in significant benefits to policyholders and other stakeholders with an enhanced product suite, touch points, technology innovation, as also via scale based synergies. The proposed share acquisition will be subject to regulatory approvals by National Housing Bank (NHB), Insurance Regulatory and Development Authority of India (IRDAI) and Competition Commission of India (CCl).

The release quotes Shobana Kamineni, Chairperson Apollo Munich Health Insurance and Vice Chairperson Apollo Hospitals Enterprise as saying:  "We are glad to pass on the baton of Apollo Munich to a reputed group like HDFC. Apollo Munich established its leadership in the industry by winning several awards with its market-leading innovations and customer-centric approach. We are sure that the new shareholder will continue to nurture and scale the business to greater heights and confident that all stakeholders will be positively impacted. The funds from the divestment will enable us to focus on investing and growing our core healthcare business."