Apollo Tyres Q1 results: Revenue from Indian operations' rose by 1 per cent to Rs 3,044 crore, while European operations' revenue grew 5 per cent during April-June period of the current fiscal 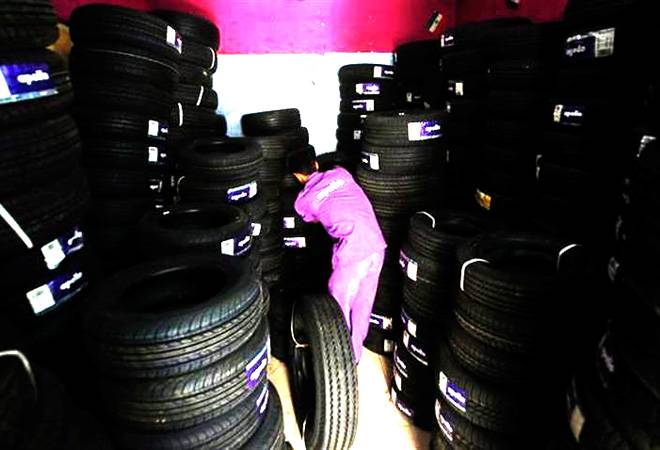 Apollo Tyres, the world's 7th biggest tyre manufacturer, on Wednesday reported a 43.8 per cent year-on-year decline in its consolidated net profit at Rs 141.6 crore for the quarter ended June 30 this fiscal.

"The Gurugram-headquartered firm had posted consolidated net profit of Rs 251.84 crore in the same quarter last year," Apollo Tyres said in a filing to the Bombay Stock Exchange.

Segment wise, revenue from Indian operations' rose by 1 per cent to Rs 3,044 crore, while European operations' revenue grew 5 per cent during April-June period of the current fiscal.

Earnings before interest, tax, depreciation and amortization (EBITDA) declined by 12 per cent to Rs 475 crore as compared to Rs 539.4 crore in the year ago period. The EBITDA margin was at 11 per cent against 12.5 per cent in the previous year quarter.

During the quarter under review, total expenses of the company increased to Rs 4,182.08 crore versus Rs 3,987.02 crore in the same quarter last year. Depreciation stood at Rs 267.3 crore, while tax expense was at Rs 35.1 crore.

Commenting on Q1 earnings, Onkar S Kanwar, Chairman, Apollo Tyres Ltd said, "While the demand from the auto makers remained subdued, there was growth in the replacement market segment."

"Moving ahead, I am hopeful of the markets recovering and the sales bouncing back around the festive season in India. In Europe, we are performing better than the industry, which is likely to continue going forward as well," he added.

Meanwhile, shares of Apollo Tyres closed 5.28 per cent higher at Rs 157.55 apiece on the BSE on Wednesday.

Govt focusing on research for combating cancer, to set up 1.5 lakh wellness