The project was initiated by Foxconn's founder Terry Gou to target Dongguan-based Luxshare, which is little-known internationally but is poised to become the first mainland China-headquartered firm to assemble iPhones 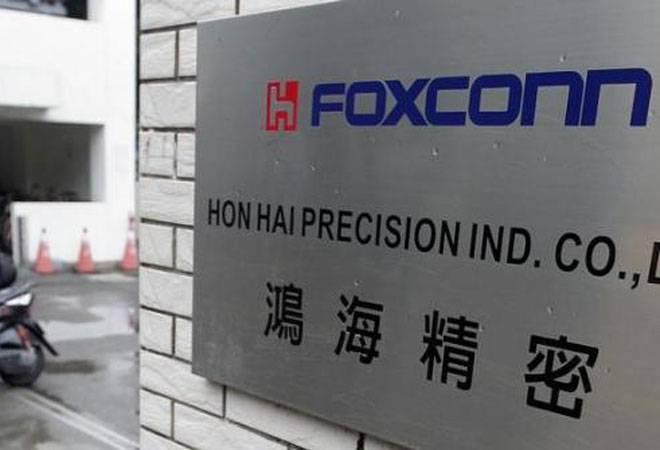 Apple's top iPhone assembler, Taiwan-based Foxconn, has set up a task force to fend off the growing clout of Chinese electronics manufacturer Luxshare, which it believes poses a serious threat to its dominance, three sources with knowledge of the matter said.

The project was initiated by Foxconn's founder Terry Gou, according to one of the sources, to target Dongguan-based Luxshare, which is little-known internationally but is poised to become the first mainland China-headquartered firm to assemble iPhones - a turf until now dominated by Taiwanese manufacturers.

The task force, which the sources say was created last year, has been looking into Luxshare's technology, expansion plan, hiring strategy and whether the company - which currently makes only 5% of Foxconn's revenue - is supported by any Chinese government entity.

While the U.S.-China trade war and the coronavirus crisis have intensified pressure on global supply chains, an increasingly acrimonious tech feud between the economic giants has also prompted Beijing to strengthen efforts on creating world-leading local tech firms - and Luxshare's growth trajectory fits into that mould.

"Luxshare is set to rise ... it's just a matter of how fast it could be," one of the sources said. "It makes sense for China to build up its own supply chain and Luxshare is in line with that state policy."

That state policy, analysts say, is gaining traction with the rise of China's "red supply chain", where Chinese firms with apparent government support increasingly take on the work of manufacturing products for Apple and other global firms. "Facing the rise of the red supply chain, the threat of Taiwan manufacturers being replaced continues to increase," Market Intelligence & Consulting Institute, a think tank backed by Taiwan government, wrote in a September report.

Luxshare, whose chairwoman was once a worker at Taiwanese Apple supplier Foxlink, acquired two smaller factories belonging to Taiwanese iPhone assembler Wistron in China in July. Previously, Luxshare was best known for making Apple's AirPods. One of the sources called it a "formidable opponent", and said Foxconn has been conducting extensive research on Luxshare, aiming to "defeat it completely."

The sources, who have direct knowledge of the matter and are familiar with Foxconn's thinking, declined to be named citing the sensitivity of the issue. Public records reveal that while Luxshare is majority-owned by Grace Wang and her brother Wang Laisheng, its minority shareholders include state-owned Chinese investment company Central Huijin Investment Ltd, which has a 1.38% stake.

Luxshare has also received over 1 billion yuan ($148.80 million) in government subsidies since 2016 to the first half of this year, a Reuters calculation of its financial reports shows. Roughly half of that sum came in 2019 alone. Foxconn told Reuters in a statement the task force described in this story is "not grounded in facts" and there were "no meetings or any other contact."

"There have also been no other extraordinary actions taken by the management team." It did not elaborate. Luxshare declined to comment. Apple did not respond to a Reuters request for comment.

'BLOOD IN THE WATER'

Luxshare was founded in 2004 by Grace Wang, who told Taiwan's Business Today in July that she was once a worker at Foxlink, owned by Gou's brother, T.C. Gou.

Its journey up Apple's value chain has been driven in part by acquiring smaller components makers, starting with the manufacturing of connector cables for the iPhone and Macbook through a 2011 acquisition of its Dongguan neighbour Lanto Electronics, then by making acoustic components for the iPhone, and eventually by manufacturing airpods.

The company's revenue has risen in tandem with its advance up Apple's value chain - sales in 2019 hit 62.5 billion yuan, up 75% year-on-year. That's roughly 5% of Foxconn's revenue, formally called Hon Hai Precision Industry, although investor bets on the company's prospects have lifted its market value to roughly $20 billion above the Taiwan firm's $39 billion market capitalisation.

Luxshare now gets 58% of its revenue from Apple, according to Morningstar Research. The company's July acquisition of Wistron's iPhone plants in Kunshan marks its most significant deal yet, which Fubon Research said could help Luxshare capture up to 30% of iPhone production within the next five years.

Two of the sources familiar with Foxconn said Luxshare had also been actively poaching from Foxconn. In one case, one of the sources said, Luxshare offered 500,000 yuan ($75,009) cash upfront as a relocation subsidy for a senior Foxconn employee to move family from Taiwan to China.

David Collins, a manufacturing consultant based in Taipei and Kunshan, says that Chinese firms see both Foxconn's legacy status, coupled with its move away from China, as prime opportunity to usurp it. "Foxconn's share price is down roughly 50% from two years ago. They see blood in the water."