In its report 'Gearing Indian Railway for a 7 trillion dollar economy by 2030,' Assocham has outlined a series of measures and policy initiatives which can be executed for the coming 15 years. 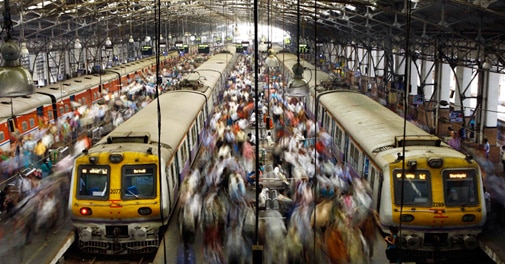 Industry body Assocham has proposed an infusion of $2.5 trillion to $3 trillion into the Indian Railways for capacity enhancement with high-speed freight and passenger service corridors to drive the country's economy.

In its report 'Gearing Indian Railway for a 7 trillion dollar economy by 2030,' Assocham has outlined a series of measures and policy initiatives which can be executed for the coming 15 years, helping the Railways to build a capacity to handle 50 per cent of the freight movement.

The report was presented to Railway Minister DV Sadananda Gowda.

"We have suggested the new Railway Minister a mega plan comprising seven corridor high speed freight network for transporting goods back and forth from manufacturing to consumption centres and from all major ports within specified time-frame of 36 hours," Assocham chairman AK Agarwal said last week.

He said the plan envisages capacity enhancements with required investments worth $2.5-3 trillion thereby making Indian Railways an engine of growth by creating jobs across the board at various levels, boost demand for construction, steel, cement, equipment, etc.

"Apart from this, it has also been suggested to build an ultra high speed (up to 300 kmph) passenger services connecting all large and identified urban centres. In the existing lines, all trunk passenger routes should be turned to four line networks effectively separating passenger from goods and services and thereby releasing large capacities for both," the report said.

The industry body has also suggested that a regulatory body should soon be set up and legal provisions should be made to fix all charges that it levies on various services it provides.

The regulatory body should have powers to monitor quality of services and adjudicate complaints of misuse of monopoly power.

LIC hopes to retain market share of 82% this fiscal