As JM Financial awaits RBI view on its bank licence plea, market is abuzz with talks of billionaire Azim Premji buying additional five per cent stake in the company that has also roped in former Citibank chief Vikram Pandit as a key investor for its banking pursuit. 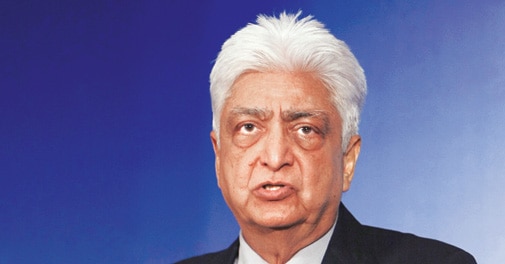 As JM Financial awaits RBI view on its bank licence plea, market is abuzz with talks of billionaire Azim Premji buying additional five per cent stake in the company that has also roped in former Citibank chief Vikram Pandit as a key investor for its banking pursuit.

Premji, Chairman and founder of leading IT firm Wipro, currently holds 2.9 per cent stake as part of his individual investment portfolio in Nimesh Kampani-led JM Financial, one of the 25 aspirants eyeing banking foray.

While spokespersons for JM Financial as also for Premji did not reply to queries in this regard, market sources said that the company may allot fresh shares amounting to up to five per cent additional stake to the IT czar.

While there was no official confirmation, sources said that the shares can be allotted at a significant premium to the current share price. JM Financial shares closed 5.1 per cent up at Rs 28.85 apiece on Friday.

Premji Invest, the family investment arm of Premji, holds shares in a number of companies as financial investments and some of them have been liquidated in the past.

The stake sale to Premji would also help JM Financial bring down its promoter shareholding, which eventually needs to be lowered to 51 per cent to comply with public holding regulations related to setting up of a new bank.

Under the Reserve Bank of India (RBI) guidelines, promoter group would be permitted to set up a bank only through a wholly-owned Non-Operative Financial Holding Company (NOFHC).

Further, the companies promoting the NOFHC should have at least 51 per cent public shareholding.

Meanwhile, in a regulatory filing made on November 1, the company said that Nimesh Kampani's brothers -- Anil and Harith -- were not part of its board of directors.

"As of September 30, 2013, both Anil Kampani and Harith Kampani were not associated in any manner in the business of the company and did not have any interest other than their shareholding mentioned as above in the company," it said.

Nimesh Kampani, one of the most renowned investment bankers in the country, is the chairman of JM Financial Group.

The company earlier this year had roped in former Citigroup chief Vikram Pandit. .

RBI is expected to award the new banking licences early next year.

Besides JM Financial, there are now 24 applicants in the race for setting up new banks. Others in the fray include IDFC, IFCI, Indiabulls Housing Finance, L&T Finance Holdings, Religare Enterprises, Reliance Capital and UAE Exchange & Financial Services.

The central bank issued guidelines for licensing of new banks in the private sector on February 22 and clarifications in the first week of June this year.

In the past 20 years, the RBI has given licence to 12 banks in the private sector in two phases. Ten banks were given licences on the basis of guidelines issued in January 1993.

Kotak Mahindra Bank and Yes Bank were the last two entities from the private sector to get banking licences from the RBI in 2003-04.