Bangalore-based TenTenTen Digital Products, a digital marketing start-up has launched a video on-demand service called Tweeplay for Twitter which will help you watch replays of missed shots, almost in real-time. 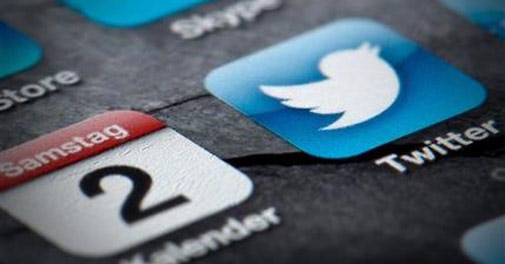 If you intend to follow the remaining two matches of the current IPL season, you no longer need worry if you miss watching at the precise moment when a six or a four is hit, or a wicket falls. Bangalore-based TenTenTen Digital Products, a digital marketing start-up has launched a video on-demand service called Tweeplay for Twitter which will help you watch replays of missed shots, almost in real-time. Using the service, viewers can place requests for a batsman's last boundary, last sixer or dismissal, last wickets taken by bowlers or the last catch or run-out by a fielder. One would need to tweet at StarSports India's Twitter handle @StarSportsIndia and use the hashtag #StarSportsTweeplay. @StarSportsIndia will respond to the request by sending a video link to view the replay on Twitter.

The service was launched by TenTenTen on May 28 in partnership with StartSports India and Twitter India. So what's the technology behind Tweeplay? It involves taking videos or cricket matches and flipping and tagging them manually. Then the company scans Twitter to know what users are requesting, or which Tweeplays they want. Then follows matching the right video with the request and creating a Twitter video player card, a Twitter-technology that allows videos to be played within the tweets, without leaving Twitter.

TenTenTen which owns the intellectual property for 'Tweeplay' was founded in April 2011 by Ramesh Srivats, a digital marketing expert who has worked with large advertising agencies like Rediffusion Y&R and JWT. The company builds digital assets for brands to engage with consumers. "We are focussed on creating long-lasting digital assets for brands for engaging customers powerfully, rather than developing display advertisements and managing social media accounts, something most agencies do, even though they are now getting on to use technology," says Srivats, CEO and Managing Director at TenTenTen.

Explaining why these short videos work well for viewing on Twitter, Srivats says, "These videos are snack-sized content. They work well while the event is still live, are short and align well with the Twitter principle of being immediate and short."

For Twitter India, sports is a fast growing vertical just as other verticals like TV and Entertainment, Government, News and Politics. This year, around the ICC World T20, tweets with the official hashtag #WT20 actually grew 88 per cent over 2012 ICC World T20. Even a non-cricket event like the UEFA Champions League which is a major football event, grew more than 90 per cent over last year, in terms of number of tweets. The company works with several startups as 'ecosystem-partners' across the world who are developing interesting customer experiences for their partners like media organizations. "A large part of the credit for growth of interaction on Twitter goes to our partners for innovating on the Twitter platform and making it interesting to use Twitter," says Aneesh Madani, Head of Sports at Twitter India. Commenting on Tweeplay, he says, "This is the kind of innovation we are looking at for making sports a Twittery experience." Tweeplay will currently work for Twitter India.

TenTenTen plans to use Tweeplay to Twitterify other events such as Filmfare awards and would be looking for other media partnerships. It had earlier created a game IPL Fantasy League, an online game launched in last IPL season in 2013, that runs on IPL T20 website. The game which allows users to create their own fantasy team and get points based on the actual performance of the players in the IPL matches, has got over a million users.

Another Indian start-up which is using Twitter to amplify TV viewing is Frrole which was profiled by Business Today as one of India's Coolest  Startups this year. More on Frrole here: http://bit.ly/SjJlHM.