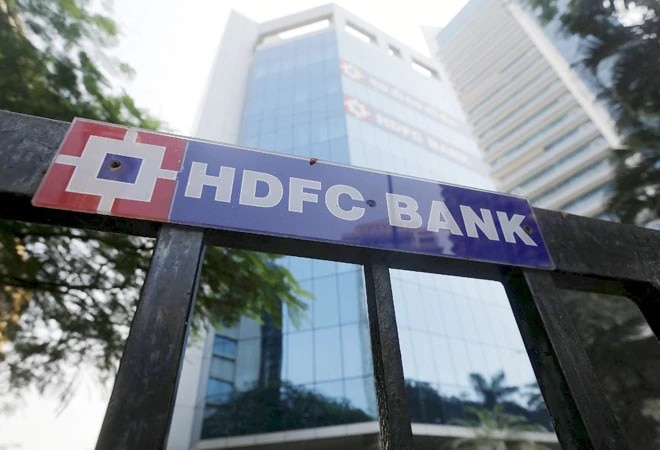 According to Bernstein, HDFC Bank's portfolio is most exposed to unsecured consumer credit risk versus peer private banks

Shares of HDFC Bank fell nearly 8 per cent in intraday trade on the Bombay Stock Exchange (BSE) on Friday after brokerage firm Bernstein lowered the lender's rating, citing exposure to unsecured consumer loans due to coronavirus outbreak. The rating downgrade was also attributed to "the bank's non-proactive handling of the management succession so far."

Bernstein downgraded HDFC Bank's rating to 'underperform' from 'market-perform', and also lowered the target price to Rs 750, from Rs 1,400 earlier, implying a 14 per cent downside.

According to Bernstein, HDFC Bank's portfolio is most exposed to unsecured consumer credit risk versus peer private banks. The bank's subsidiary HDB Financial services also could pose challenges during this time, given the focus on weaker informal income segments, it added.

"Further, the bank's non-proactive handling of the management succession so far, could impact the bank's preferred status amongst the investor community, the agency added.

In September last year, the agency had downgraded HDFC Bank to 'Market-Perform', citing rising unsecured consumer risk in a maturing consumer cycle, challenges with management succession, and slowing operating leverage gains due to geographic expansion in the hinterland.

HDFC Bank's impending CEO succession and lack of proactive planning, sets up the bank to lose its sheen with investors who would have preferred less uncertainty, the agency said, adding that an unsatisfactory outcome of the succession process increases risk of a multiple de-rating.

Bernstein opined that COVID 19 will have a non-trivial impact on the Indian economy, even though the outbreak intensity so far does not point to a Europe or US like scenario. "But given the population size, density, community awareness, quality of infrastructure and global inter-linkages, Indian businesses will still undergo disruption," it said.

As a result, banks are likely to face operational and credit quality challenges, it added.

"It has the highest exposure to unsecured retail credit at 17 per cent of its loan book versus ICICI/Axis Bank (9% of their loan mix)," Bernstein said.