Five of the eight members of the FHL board who voted for the joint offer from the Munjal-Burman combine not only went against the recommendations of financial advisers Arpwood Capital and Standard Chartered Bank (SCB), but also that of legal adviser Cyril Amarchand Mangaldas. 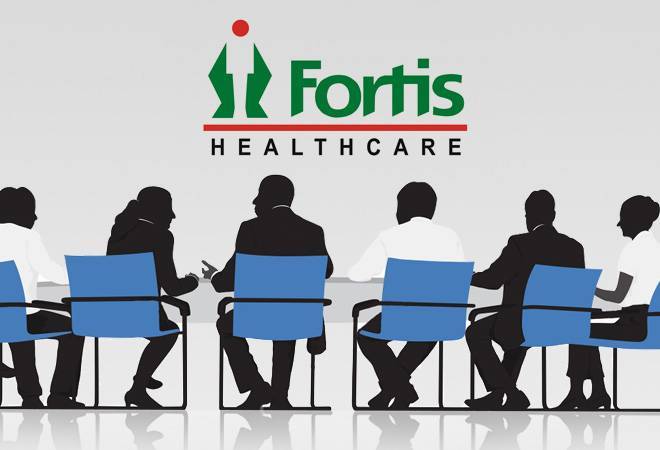 Hours after Business Today reported how fissures in the Fortis Healthcare Ltd boardroom have widened further after the recent selection of top bidder - Munjal-Burman combine - didn't go down well with FHL's independent directors, the bidding war in acquiring cash-strapped Fortis seems to be on with Manipal-TPG combine revising its offer to Rs 180 per share from its earlier offer of Rs 160 a piece, which is 8 per cent higher than the current winner Munjal-Burman combine, on Monday.

"The Board of Directors of Fortis Healthcare Limited has received revised offer from Manipal and TPG with a proposal to invest in the Company. We will keep the stock exchanges updated/informed in terms of Regulation 30 of the SEBI (Listing Obligations and Disclosure Requirements) Regulations, 2015," an FHL statement to the market regulator said on Monday.

"We have been following the developments of the past few days after the announcement by FHL and have observed, through media reports, the negative reaction of the FHL shareholders to the decision of the FHL Board to accept the Hero and Burman offer," the offer from the Manipal-TPG combine read.

The Manipal-TPG combine has said that unlike their offer, the Munjal-Burman offer "only partially" solves the short term liquidity concerns of FHL and hence fails to deliver long term benefits facing the company.  The company said the preferential allotment will be undertaken at a price per equity share of Rs 180, adding that for the purpose of the merger, Rs 9,403 crores will be given to FHL while Rs 6,070 will be attributed to MHEPL.

The Manipal-TPG said that all other terms and conditions of the new offer shall remain the same.

The Manipal-TPG's earlier offer valued FHL at Rs 8,358 crore, or Rs 160 per share. The consortium had proposed to invest around Rs 3,300 crore in the deal for FHL (Rs 2,100 crore to be invested in the company and Rs 1,200 crore to buy the 30.93 per cent stake held by private equity firms in SRL Diagnostics.

Earlier, media reports suggested five of the eight members of the FHL board who voted for the joint offer from the Munjal-Burman combine not only went against the recommendations of financial advisers Arpwood Capital and Standard Chartered Bank (SCB), but also that of legal adviser Cyril Amarchand Mangaldas.

"It's become a case of a totally divided board - all the members brought in by the erstwhile promoters supported Munjal-Burmans while the new inductees were against their bid," said an official. Consider this: Harpal Singh, the board chairman, is father-in-law to former promoter Malvinder Singh and Brian Tempest was the MD of Ranbaxy under the Singh brothers. Furthermore, two other directors, Lt General Tejinder Singh and Sabina Vaisoha, are believed to be old family friends of the former promoters. The three independent members recently inducted into the board to improve transparency in the bidding process - Ravi Rajagopal, Suvalaxmi Chakraborty and Indrajit Banerjee - had reportedly voted for either IHH Healthcare Berhad or the bid submitted by the Manipal-TPG consortium.

FHL had received four binding bids, from Malaysia's IHH Healthcare Berhad, Manipal-TPG and KKR-backed Radiant Life Care apart from the winning bid. All the bids were evaluated on parameters like certainty quotient including the requirement of due diligence, commercial terms including cash exit for shareholders, potential synergies as well as strategic, financing objectives and local experience. The report added that the likelihood of the Munjal-Burman and IHH proposals receiving shareholder approval was expected to be equally high, but both the financial advisors had independently recommended the IHH bid, finding it the best on commercial terms and strategic and financing objectives.

The advisors, however, had found the Munjal-Burman bid the best in terms of deal certainty, with low structural complexity and no due diligence. The IHH proposal was expected to take at least three months less to execute compared with the Munjal-Burman plan.