The listing of Big Bazaar on Amazon Prime Now, will enable customers to get food, grocery and general merchandise delivery within two hours in Delhi, Mumbai, Bengaluru, and Hyderabad 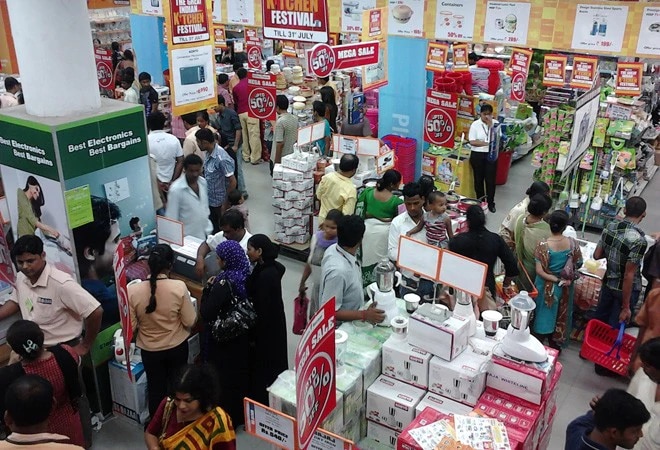 Future Group Chairman, Kishore Biyani's dream of building a multi-channel retail business seems to be finally getting fulfilled, as his flagship retail format, Big Bazaar (Future Retail), would be featured on Amazon. Consumers can now shop for groceries, general merchandise, fashion and footwear on the online Big Bazaar. While this agreement would give Amazon's nascent grocery business a huge fillip, for Big Bazaar, it will be an opportunity to expand its reach beyond the 1,700 stores it currently has. It will also be listed on Amazon Prime Now, which will enable customers to get food, grocery and general merchandise delivery within two hours in Delhi, Mumbai, Bengaluru, and Hyderabad.

Apart from the retail agreement, Future Group's consumer goods arm, Future Consumer, has also entered into a distribution deal with Amazon India, wherein the latter would distribute various Future Consumer brands such as Tasty Treat (snacks), Voom (fabric care), Dreamery (dairy) and Kara (personal care). Amazon, the world's biggest online market place, in August last year had announced to acquire a 49 per cent stake in Future Coupons. Future Coupons has a 7.3 per cent stake in Future Retail, which owns Big Bazaar and other retail formats such as Nilgiris and Easy Day. Amazon, through this deal, would indirectly own a stake in Future Retail.

The intent of this agreement is clearly to give a push to Future Group's branded business. In fact, Biyani likes to be referred to as a consumer company rather than a retail company. "This deal will give the Future Consumer brands a better exposure, they will get pushed on platforms such as Amazon Pantry. On the retail front, online has always been a tough space for brick-and-mortar retailers, this association will be a huge advantage for Future Retail," explains Retail Expert and Former MD of Shoppers Stop, Govind Shrikhande.

The Future Consumer products are currently available only at the various Future Retail stores and the challenge going forward would be to attract consumer attention. Listing products in an online market place doesn't guarantee sales, points out Arvind Singhal, Chairman, Technopak Advisors. "Since Amazon would have a stake, they may want to push the products, they may create a preferred search algorithm, but they also have to get the consumers interested in the products," says Singhal.

Also Read: Q3FY20 to be one of the toughest quarters for media industry: Edelweiss

Amazon has a similar deal with Shopper Stop (it has a 5 per cent stake in Shoppers, through its investment arm) and there too, the idea was to give a push to Shopper Stop's private brands. But the association till date hasn't been too successful. "It at least doesn't reflect in Shopper Stop's balance sheet," says Singhal.