A simple cloud-based solution that plugs the gaps in video conference systems across the globe is what makes the company one of the hottest tech start-ups of recent times. 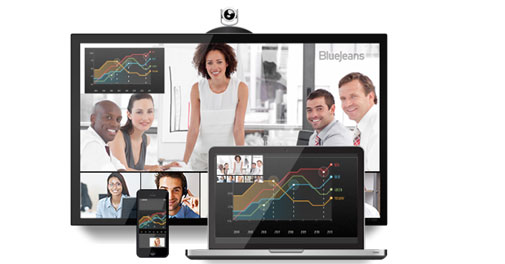 Nandagopal Rajan
Soon after I contacted Blue Jeans Network for a Skype interview with its CEO Krish Ramakrishnan, I was sent a link for the video conference. And on the day of the interview it took me all of a minute to use the link to enter the video conference with Ramakrishnan, his chief commercial officer Stu Aaron and his PR representative. While Ramakrishnan and Aaron were using a Polycom system in their Silicon Valley office, the PR person and I were on laptops logging in through Skype or directly using the browser.

This simple cloud-based solution that plugs the gaps in video conference systems across the globe is what makes Blue Jeans one of the hottest tech start-ups of recent times. 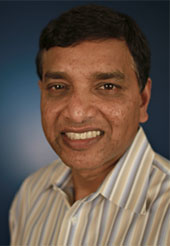 CEO Krish Ramakrishnan
"The idea was to make video conferencing easy and accessible from any part of the world. When we looked at why this was not happening even after 50 years of investment in video conferencing, we found three pain points. Firstly, there was a lack of inter-operability between different systems. Second, ease-of-use was practically non-existent - even IT people struggled to set up conferences. Finally, the facility was limited to internal conversations," says Ramakrishnan. 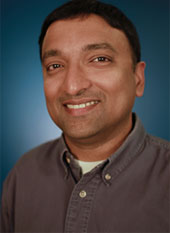 Alagu Periyannan
He set up Blue Jeans along with Alagu Periyannan in 2009.  Since they launched services in 2011, the company has seen a high success rate. "When we set out with Blue Jeans, our idea was to convert the audio conference market. Every year there are about 200 billion video conferencing minutes (compared to 100 million audio conference minutes). Now, we process over 100 million of those video conferencing minutes, about half the market," says Aaron.

The company, with 200 employees in the US and India, now serves 12,000 cities in all continents as well locations such as mid-sea ships and flying airplanes. "We have 2,000 customer companies ranging from small retailers to Fortune 50 companies who are leveraging the fact that the service is in the cloud and there is no hardware to buy or software to install," he adds. 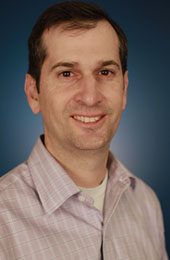 Chief Commercial Officer Stu Aaron
Aaron also underlines an IDC report last year that said the traditional hardware based multi-point control unit (MCU) market shrank by $200 million with customers moving to the cloud. "That is because we have a solution that was at the right place at the right time," he adds.

Video conferencing has for long been the fiefdom of large companies like CISCO and Polycom. However, these hardware-heavy solutions have struggled to cope with the proliferation of video transmission devices like laptops and smartphones. Despite the huge investments that go into these solutions, it is almost impossible for someone outside the systems to be part of the call. "We want to be the central junction to switch all this traffic. We plan to benefit from video being everywhere," says Ramakrishnan.

Blue Jeans thinks it will be tough for the behemoths to change track now.

"They say they too have a solution but it will be hard for them to move from a hardware to a SaaS model. Polycom for instance has a sales organisation which is used to selling hardware upfront and it would be for them to move to a subscription model. Also, when a company like theirs moves from a build a service model to sell a service model it will be competing with their own customer base," explains Aaron, adding that it is likely that some of them will end up having a partner or acquire someone who will correct their mistakes.

Ramakrishnan sees customers from this billion dollar business migrating in droves to the cloud. "We came in like a breath of fresh air for the customers and very disruptive for the incumbents. Their infrastructure was very expensive and that is where they made most of their profit margins. Now, I won't be surprised if one of them even withdraws from the market," he adds.

Ramakrishnan should know. Two of his earlier ventures - Internet Junction and Top Spin - where acquired by CISCO after which he served the networking giant in various capacities for over a decade in two stints. "They have not innovated in the space. We can provide a great opportunity to our customers," he says.

Blue Jeans had already secured over $100 million in funding, the last a $50 million Series D from Battery Ventures, which Ramakrishnan wants to spend on becoming the number one video collaboration company in the world. "That means we need to invest in innovation. We have set up an innovation centre in Bangalore with a 50 person R&D team. We want this number to increase to 100 with customer support as there are a lot of opportunities in Asia. We will also expand sales and marketing efforts in Europe."

Facebook is one of the larger customers of Blue Jeans and started using the service to collaborate with its various offices.

"Now, it is among the first things they set up in a new office as it helps them impart the culture of the company," says Ramakrishnan proudly. Similarly, design houses in the US are using the service to look at production samples in Taiwan or China. "On the manufacturing floor you just have mobile phones."

Blue Jeans now lets users access a video conference from pretty much any device that has a camera. The only dark spot is Apple's FaceTime, which is anyway not used much by businesses. It supports all business systems like Cisco and Polycom.

So is there a consumer solution in the offing?

"The technology is applicable to business and consumers. But as a business we are focusing on enterprises. The consumer market might be one of the areas we expand to later. There could also be a lot of B2C applications using Blue Jeans become prevalent soon," says Aaron.