Brands stand by Sachin Tendulkar as he announces retirement

Adidas, Coca Cola, Future Group, Toshiba, Aviva India, and SAR Group - which are endorsed by the master blaster - said they were looking for longer association with him after retirement. 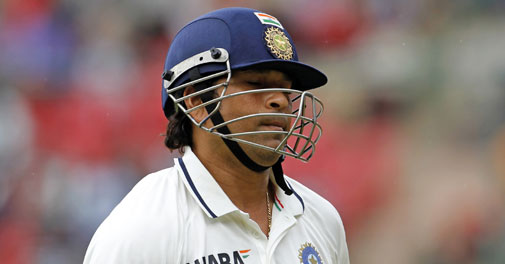 Ace batsman Sachin Tendulkar will hang up his boots after playing his 200th test next month. PHOTO: Reuters

Even as Sachin Tendulkar announced his decision to hang up his boots after playing his 200th test next month, brands endorsed by the ace batsman rallied behind him, saying the cricketer's retirement will not affect their endorsement deals.

Adidas, Coca Cola, Future Group, Toshiba, Aviva India, and SAR Group - which are endorsed by the master blaster - said they were looking for longer association with him after retirement.

"Sachin is with Adidas for life. Whether he plays cricket or not will not affect our relationship. We have had very strong ties with him and he is very special," Adidas India Brand Director Tushar Goculdas said.

Expressing similar sentiments, Coca Cola India said: "He is an icon of happiness much like Coca-Cola, and we will continue to look towards him for spreading happiness in the country."

Tendulkar has been promoting the company's campaign for the cause of the education of the girl child as the face of 'Support My School'.

Future Brands Managing Director and CEO Santosh Desai said the association for the co-created SACH brand of toothpastes would continue post his retirement. "Sachin was signed keeping in mind all his life stages and not just his playing career," he said.

On the overall brand equity of Tendulkar, Desai said: "He will continue to have a brand value even after he retires. The number of endorsements may go down though."

Aviva India also said Tendulkar's achievements matter more than whether he continues to play or not as he is a brand in himself.

"We have a strong relationship with Sachin. We are looking forward to the relationship continuing for many many years. His decision to retire will not have any bearing on our brand endorsement agreement," Aviva India Director (Marketing and Bancassurance) Rishi Piparaiya said.

Japanese electronics major Toshiba also said it was looking forward to enhance its brand presence in India through Tendulkar, who has been associated with it since July 2010.

"Stepping up our relation with Sachin, we have co-created a special Toshiba LED TV Cricket Series - a product of our expertise in technology, amalgamated with his expertise of the game. The Cricket Series is specially created with Sachin's contribution and is dedicated to the cricket loving fans of India," Toshiba India, Head - Marketing Communications Abhishek Mehta said.

SAR Group, whose Luminous Water Technologies is endorsed by Tendulkar, also said it would continue its relationship with him post retirement.

"He will continue to endorse the brand. we have a long term partnership with him. Nothing changes as far as we are concerned," SAR Group Chairman Rakesh Malhotra said.