4 dead, 15 injured in fire at pesticide factory in Tamil Nadu 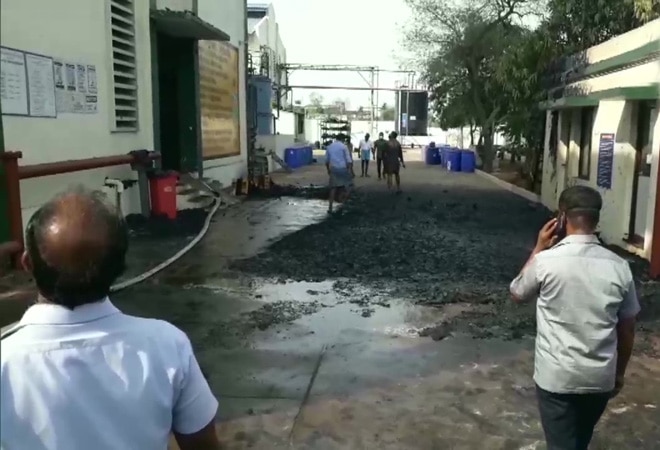 Four people have died and 15 injured during a fire at a pesticide manufacturing factory in Cuddalore today. All the injured people have been rushed to a nearby government hospital.

Tamil Nadu: 4 people dead, 15 injured in fire at a pesticides manufacturing factory in Cuddalore; Injured admitted to a govt hospital

On Wednesday too, a fire broke out in Uttar Pradesh's Bulandshahr industrial area in which two factories were gutted, officials said, adding that no casualties were reported. Smoke coming out from a menthol manufacturing unit was spotted by the watchman who called the owner Manoj Gupta following which the police and the fire department were informed.

Meanwhile, on May 1, a fire had broken out at a hospital in Gujarat's Bharuch in the wee hours of Saturday, May 1, claiming the lives of at least 18 coronavirus patients who died due to the resultant smoke.

Heart-wrenching visuals of the mishap showed the remains of some patients on beds and stretchers. There were around 50 other patients at the four-storeyed Welfare Hospital when the tragedy struck, reported PTI.

Akshaya Tritiya 2021 date: Significance; why you should buy gold on this day