Business optimism saw a significant rise in the first quarter of 2014 mainly on sales volume, net profit and new orders on the hope of better political stability, a Dun & Bradstreet report said. 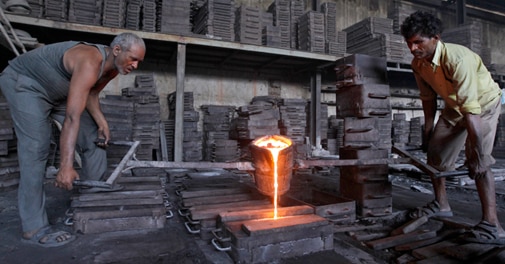 Business optimism saw a significant rise in the first quarter of 2014 mainly on sales volume, net profit and new orders on the hope of better political stability, a Dun & Bradstreet report said.

The D&B Composite Business Optimism Index for Q1 2014 recorded a significant increase of 16.6 per cent.

"In fact, optimism in three segments, namely volume of sales, net profit and new orders, stands at an 11-quarter high for the period Jan-Mar 2014. Hopes of greater political stability and accompanying certainty on the policy front could be partly responsible for the trigger in business sentiment," Dun & Bradstreet President and CEO, India, Kaushal Sampat said in a release issued.

"Concerns regarding the size of the current account deficit as well as its financing have eased, while hopes of a recovery in the investment cycle have gathered strength with the Cabinet Committee on Investment facilitating a substantial number of clearances for large projects," Sampat said.

Installation of a stable government after the elections combined with policy moves to de-bottleneck large projects will help to counterbalance any possible impact from the Fed's decision to taper its monetary stimulus, he added.

The report found that around 78 per cent of the respondents expect an increase in profits during Q1 2014, while 17 per cent indicated they expect no change in net profits and 5 per cent expect their net profits to decline.

As much as 81 per cent think their order book position is likely to improve while 13 per cent anticipate no change and 6 per cent expect new orders to decline.