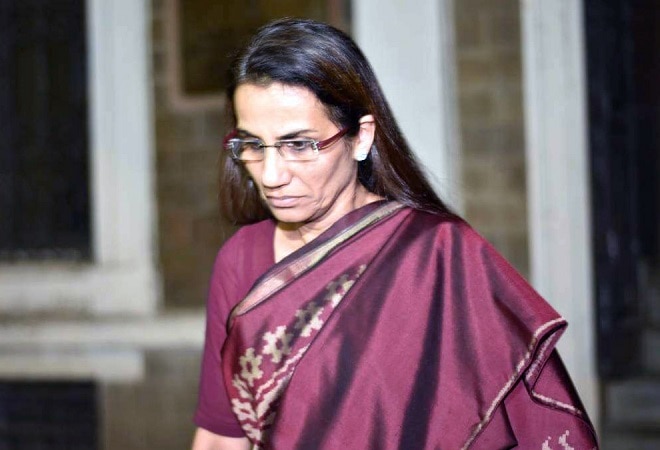 A special PMLA court has observed that former ICICI Bank MD and CEO Chanda Kochhar had misused her official position in granting the loans to Videocon Group promoter Venugopal Dhoot and other accused.

The court added that Kochhar got illegal gratification through her husband Deepak Kochhar through various companies by siphoning off money.

Judge A A Nandgoankar added that the material produced by the Enforcement Directorate (ED) constitutes the commission of offence, and it is "sufficient to proceed against the accused persons".

On January 30, the special court for Prevention of Money Laundering Act (PMLA) had summoned Kochhars, Dhoot and others accused after taking cognisance of the ED's charge sheet.

The ED arrested Deepak Kochhar in September 2020 after it filed a criminal case for money laundering based on an FIR registered by the CBI against the Kochhars, Dhoot and others.

The alleged money laundering case is related to siphoning off six high-value loans from the ICICI Bank to various companies of Videocon Ltd worth around Rs 1,575 crore between June 2009 and October 2011.

These loans were turned into NPAs causing loss to ICICI Bank, the ED said in its complaint, adding that the total misappropriation of funds was Rs 1,730 crore as of April 26, 2012.

In ED's probe it was found when the first loan of Rs 300 crore was disbursed to Videocon on September 9, 2009, on the very next day Dhoot transferred Rs 64 crore to  Nupower Renewables Pvt Ltd (NRPL). NRPL was earlier known as Nupower Renewables Limited (NRL) and is owned by Deepak Kochhar, the ED said. Deepak Kochhar owned the managed NRPL through his company SEPL.

According to ED, Chanda Kocchar's husband Deepak Kocchar was a close acquaintance of Dhoot. But Chanda Kochhar had never disclosed this fact. She also recused herself from sanctioning committee of ICICI bank while sanctioning loans to Videocon, the ED said.

ED alleged that the Kochhar's were long associated with Dhoot who had invested about Rs 10 crore in a Kochhar company Credential Investment & Finance Ltd. in the year 1993. The ED alleged that Kochhar's flat situated at CCI, Mumbai, was purchased from the proceeds of the crime for a mere Rs 11 lakh while the actual value of the property was Rs 5 crore.

After going through the submissions, complaints, and statements recorded under PMLA, the Court opined that the material submitted by the ED is sufficient to proceed with a trial for money laundering against Kochaars, Dhoot, and other accused. The case has now been adjourned to February 12.