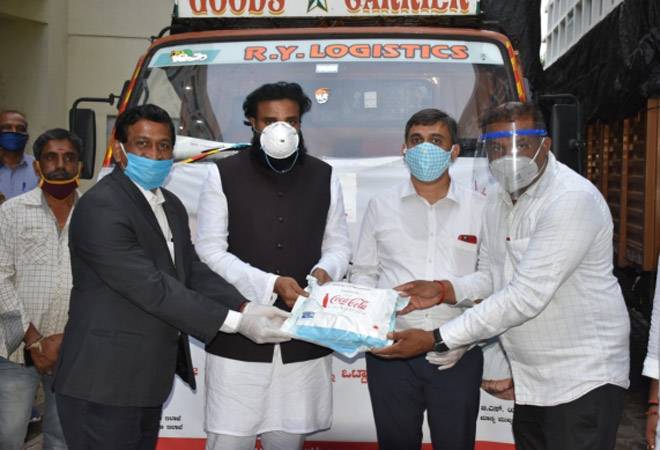 Coca-Cola India has partnered with United Way Mumbai to support 48 public hospitals across eight states in the country as part of its relief initiative during the COVID-19 pandemic. Apart from large-scale support to public hospitals and healthcare workers, the partnership has also committed to serving over 65,000 public service personnel such as sanitation workers, police staff and community health workers across the nation, the world's largest beverage manufacturer said in a press release.

"This initiative is a part of Coca-Cola's commitment of Rs 100 crore towards helping the healthcare system and communities to combat the crisis and contain the spread of the pandemic," the American soft drink manufacturer said.

As a part of the relief initiative, Coca-Cola and United Way Mumbai along with its partner NGO Samarthanam Trust for the Disabled started a distribution drive in Karnataka. The company distributed PPE and hygiene aid kits amongst frontline warriors in Karnataka to help them fight against the spread of coronavirus.

"Through this distribution, 1200 healthcare workers, 8000 sanitation workers, 2050 police personnel and 1100 community health workers will be benefited in Karnataka," the company said.

Commenting on the initiative, Ishteyaque Amjad, Vice-President, Public Affairs, Communications & Sustainability, Coca-Cola India and South West Asia said, "We are humbled to collaborate with our partner United Way Mumbai in providing support to the health and safety of the country's frontline warriors. We are hopeful that with collective efforts and resilience, we will be able to steer ourselves out of these testing times."

In a separate development, Coca-Cola India has entered into partnership with Common Services Centers(CSC), under the aegis of the Ministry of Electronics and Information Technology, to list Coca Cola products on its Grameen eStore platform. The partnership will make available affordable essential hydration through CSC's Grameen eStore platform.  In the pilot phase, Coca-Cola's portfolio of products will be listed on Grameen eStore across the states of Andhra Pradesh and Telangana, Tamil Nadu, Uttar Pradesh and Haryana.