De Beers, however, hoped that purchases made by Millennials and Gen Z generations will drive growth in the space. 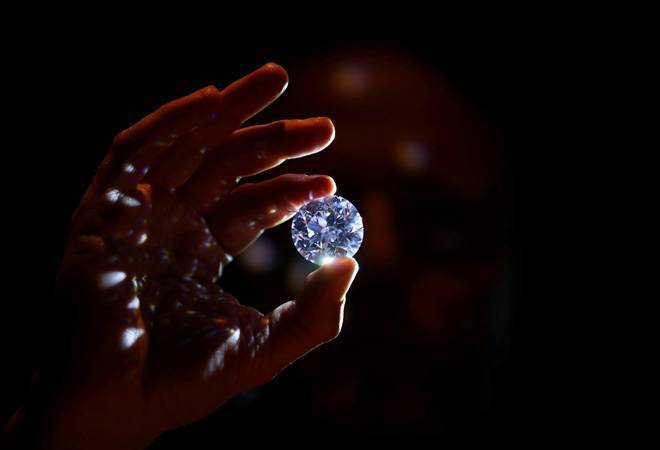 Like bling? Chances are that you may end up paying more for diamonds in the near future with the De Beers Group, one of the world's top three diamond miners by volume, predicting tightening supply.

The Group's latest Diamond Insight Report predicts that global diamond output will likely decline in the current calendar year due to suspension of excavation in mines by leading producers. For instance, Alrosa-owned Mir mine suspended operations this year while diversified-major Rio Tinto has guided a decline in production.

Going forward, production is expected to continue falling as new projects and expansions fail to replace lost output from closing mines. The report added that by 2025, several large mines will reach the end of their lives, while only a few new projects are in the pipeline.

De Beers, however, hoped that purchases made by Millennials and Gen Z generations will drive growth in the space. These two demographics accounted for two-thirds of global diamond jewellery sales in 2017, as demand in the segment reached a new record high of $82 billion.

Millennials, also referred to as Gen Y fall in the age bracket of 21-39 years, and represent 29% of the world's population. They are currently the largest group of diamond consumers. However, Gen Z, those currently aged up to 20-who will come of age as diamond consumers over the coming decades-are a far-bigger group, representing 35% of the global population.

India is reportedly the world's youngest major diamond-consuming country, where Millennials and Gen Z account for 70% of the population.

"We expect the Gen Z to represent the biggest share in diamond jewellery consumption after 2025," De Beers Group Head of Strategy Esther Oberbeck told PTI. Significantly, while 20% of the Gen Z population- 2.6 billion people-live in India and 13% in China, nearly two-thirds (63%) are outside of the top four diamond-consuming nations.

The report added that since the spending power of these two demographics is rising, they are important drivers of growth in the luxury sector and account for a considerable share of global diamond jewellery demand. After all, despite being a long way from financial maturity, Gen Z is already making its presence felt in the diamond market. The oldest Gen Z consumers, 18 to 20-year-olds, acquired 5% of all diamond jewellery pieces in the US last year.

Alrosa de-stocked seven million carats in the first half to report an 8% increase in rough diamond revenues. While De Beers Group's sales were lower in volume terms, sales values to cutting centres were maintained by higher prices and an improved mix. Rough sales to cutting centres, however, posted a 2% uptick (year-on-year) to $16.6 billion in 2017.

Meanwhile, in India, while trading conditions continued to stabilise in 2017, post the transient demonetisation disruption, a couple of factors may end up playing party-pooper. According to the report, rising inflation, higher interest rates and a weakening rupee may pose a challenge to domestic consumer demand. It added that larger organised retailers are expected to continue to grow share of sales at the expense of smaller independents.