A Dish TV subscriber can now carry television content on other screens such as those of smart phones, laptops and tablets across Android and iOS platforms. 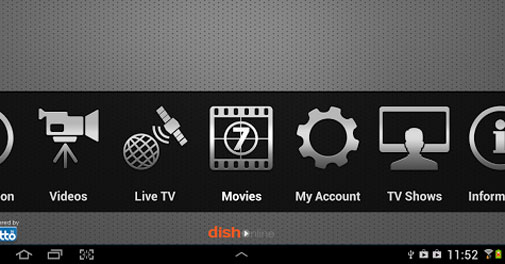 Asia's as well as the country's largest direct-to-home provider, Dish TV, that set shop in India in 2003, has taken the next leap with DishOnline. It is meant for subscribers on-the-go. A Dish TV subscriber can carry television content on other screens such as those of smart phones, laptops and tablets across Android and iOS platforms.

According to comScore Inc, India has the world's third largest internet population. The country's internet population grew by 17.6 million users since March 2012, a 31 per cent increase. Dish TV intends to tap into half of its 11-million subscriber base at the moment through DishOnline.

Content providers as well as other service providers are looking for ways to cope with the challenge and opportunity of streaming content online across platforms in India.

Star TV recently said that Star Plus television shows would be made available on-demand via an online streaming service called Spuul 30 minutes after television broadcast.

R.C. Venkateish, CEO, Dish TV India, says this service will attract new DTH subscribers. It gives the DTH player a leverage since Dish is the only service provider in the cable TV segment and the DTH industry that offers this service.

"DishOnline is a unique service for all those subscribers who want to keep in touch with their favourite shows and programmes while on the move. Currently, it can be availed of only by the existing Dish subscribers. This will definitely attract other direct-to-home TV consumers," he says.

A Dish TV subscriber can download the app for free and using his/her existing Dish TV account. But it won't be available on the Symbian mobile devices, however.

It works fine on a 2G connection and will create wonders on 3G, says Kapoor.

But analysts say such initiatives are practised globally to reduce subscription churn since it is not a value add for DTH. The end user will have to bear the cost of data usage. If the last connectivity mile is owned by the service provider, only then it is good news for the consumer.

"The 3G spectrum available in India is still not conducive for video streaming. Network failure remains a challenge in most parts of the country. Until and unless these challenges are taken care of, it will be difficult to conclude for seamless video streaming," says Smita Jha, Leader, Entertainment & Media Practice at PwC.

Going by comScore data, 36 per cent of internet users belong to the 15 to 24 age group. A 2010 McKinsey digital consumer survey said that India's internet users will increase fivefold by 2015, three quarters of which will be through mobile access.

The Dish TV team worked on it for about three months. "Last year alone, more than six million videos were watched online. We are targeting revenues from the rising numbers of smart phones and the tablet market," says Salil Kapoor, Chief Operating Officer, Dish TV.

DishOnline offers about a thousand movies along with a large collection of shows. It is in talks with broadcasters to stream content online. On DishOnline, television content is being provided to the customer at a price of Rs 129. The starter pack is priced at Rs 49 per month. An introductory offer for the same is available at Rs 69 and Rs 29 respectively.

"We are starting with 35 live channels and we are looking to double that in the next four months. All our channels are pay-per-view channels and there will be no new channel for the online consumption. HD channels are also an option", adds Kapoor.

With digitisation doing the rounds, Dish TV recently received a one year extension from the telecom regulatory authority. This comes after its 10-year license to operate DTH expired on Monday. At present, the government is amidst a phased digitisation programme across the country and news is rife that it is looking to complete it by next year.