DLF gets Rs 676 cr refund from DDA after settling disputes

In July 2007, DLF had bagged Rs 6,000 crore contract from DDA for constructing the convention and exhibition centre at Dwarka. However, the project got scrapped. 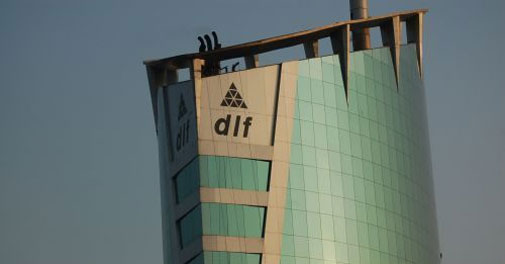 India's largest realty firm DLF on Monday said it has received a refund of Rs 675.81 crore from DDA following the scrapping of a project to develop an international convention centre in the national capital.

In July 2007, DLF had bagged Rs 6,000 crore contract from DDA for constructing the convention and exhibition centre at Dwarka.

However, the project got scrapped. DLF would now return the 35 acre land that it had got from DDA for Rs 900 crore to develop this project. The realty firm would get a refund of Rs 675.81 crore from the DDA.

In a filing to the BSE, DLF said: "The company has entered into a settlement with Delhi Development Authority with respect to the agreement for allotment of land for setting up an International Convention and Exhibition Centre Project at Sector-24, Dwarka, New Delhi".

Accordingly, said the filing, the company has "received a refund of Rs 675.81 crore from DDA as full and final settlement, after forfeiture of the earnest money in terms of the settlement agreement.

"With the above settlement, all claims of both the parties inter-se relating to the above land shall stand settled."

DLF had planned to develop a large convention centre, three hotels and commercial complexes in this project, which was to be completed before 2010 Commonwealth Games.

However, the project could not take off because of the legal tussle with the DDA over DLF wanting to rope in some foreign partners to execute this project.

On Sunday, DLF announced the sale of its luxury hospitality chain Amanresorts for $358 million (about Rs 2,200 crore).

The funds raised through sale of Amanresorts and the refund from DDA would be utilised largely to reduce the net debt that stood at Rs 19,508 crore at the end of the September quarter.

DLF had set a target to reduce the debt to Rs 17,500 crore by March this year and the same could be easily achieved now.

Punj Lloyd likely to sell its stake in Medanta