On Tuesday, market regulator Sebi barred the realty major from the securities market for 3 years for suppression of material information at the time of its IPO. 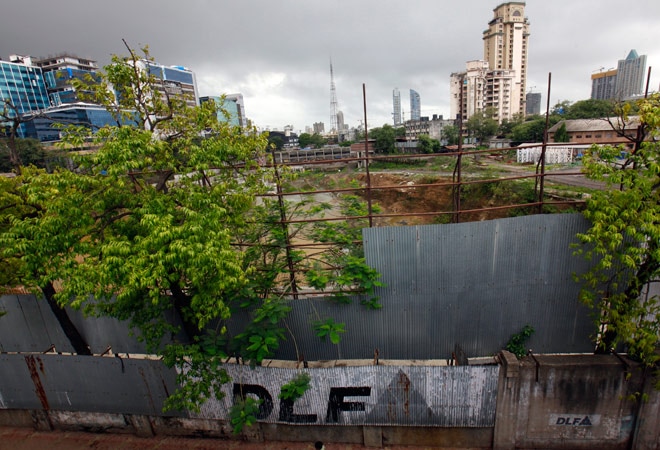 Real estate giant DLF is likely to find it difficult to meet the sales target of Rs 3,000-3,500 crore this fiscal due to weak demand, a prospect that has been further vitiated by Securities and Exchange Board of India's (Sebi) order against the company and its top executives, according to a report.

"While DLF can appeal against this order, we believe this along with other recent adverse regulatory rulings and weak demand environment does not augur well for DLF," foreign brokerage Barclays said in its equity research report.

DLF would also find it difficult to achieve the sales target of Rs 3,000-3,500 crore during this fiscal due to slowdown in property demand, it said in a report.

Stating that DLF can challenge the Sebi order at the Securities Appellate Tribunal (SAT), the financial services firm said it will "likely remain an overhang unless repealed by the SAT".

DLF has been facing other regulatory hurdles as well, Barclays said.

In August, DLF was directed by the Supreme Court to deposit Rs 630 crore fine slapped on it by the Competition Commission of India (CCI) for allegedly resorting to unfair business practices. "While the final verdict is pending, this penalty burdens the leveraged balance sheet," Barclays said.

Last month, Punjab & Haryana High Court cancelled the allotment of 350 acres of land to DLF on the grounds that the allotment was not transparent.

On Tuesday, market regulator Sebi had barred the realty major as well as its six top executives, including chairman and main promoter KP Singh, from the securities market for 3 years for "active and deliberate suppression" of material information at the time of its IPO.

On its part, DLF had said in a late night statement the order dated October 10 came to its notice only on Tuesday and the same was being reviewed by the real estate company and its legal advisors.

DLF said it had not violated any laws and it would defend its position against any adverse findings in the Sebi order.

The order by the capital market watchdog would bar DLF and the six persons, from any sale, purchase or any other dealings in securities markets for a period of three years, including for raising funds.

DLF had debt of more than Rs 19,000 crore as on June 30, 2014, while its already-proposed fund raising plans include nearly Rs 3,500 crore through issue of certain bonds.

The real estate company has been selling its non-core assets since the past 3-4 years to reduce its debt. It has already exited from hospitality, insurance and wind energy businesses.

Industry leaders suggest how 'Make in India' can succeed