Realty major DLF's net debt rose by Rs 1,257 crore to Rs 24,397 crore in the third quarter of the current fiscal as its cash-flows were hit due to fall in housing sales amid negative sentiment in the property market post demonetisation. 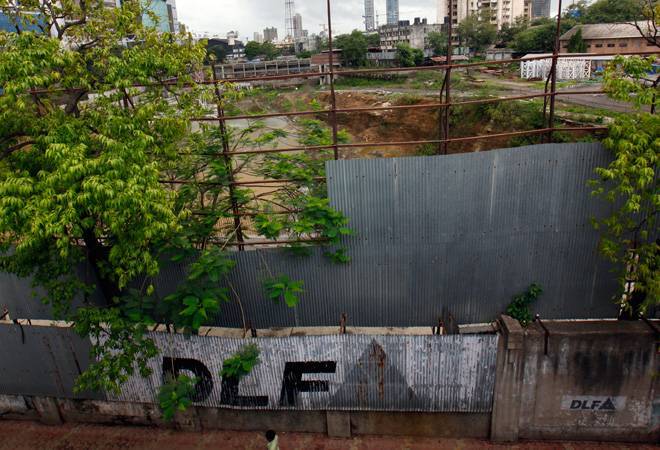 Realty major DLF's net debt rose by Rs 1,257 crore to Rs 24,397 crore in the third quarter of the current fiscal as its cash-flows were hit due to fall in housing sales amid negative sentiment in the property market post demonetisation.

DLF projected net debt to rise further as "weak sales and collections" would lead to operating shortfall of Rs 750-1,000 crore per quarter, according to an analyst presentation.

The net debt of India's largest realty firm was Rs 23,140 crore as on September 30, and increased further at the end of December.

DLF yesterday reported 46 per cent fall in profit at Rs 98 crore and 30 per cent dip in net sales to Rs 2,058 crore in the quarter ended December compared with the year ago period.

"The sales shall continue to be muted for next few quarters. Weak sales and collections will lead to operating shortfall of Rs 750-1000 crore per quarter. The above shall result in temporary spike in net debt levels for which financing is already in place," the presentation said.

ALSO READ:  Why Infosys, TCS and Wipro should not repeat Cognizant's mistake on share buyback

Terming demonetisation as good in the long term, DLF said that notes ban had an adverse impact on the market sentiments especially in the secondary market transactions, which in turn had a "negative impact on primary sales".

"The consensus expectation is that normalcy shall return in next few quarters. Primary market will improve when secondary market stabilises," the presentation said.

DLF said it continues to focus on execution in order to deliver homes within the current fiscal year and also to create finished un-launched inventory.

"In the budgetary proposals, the government has proposed various initiatives for affordable housing, which is very positive for the real estate sector as a whole. Not only will it create new urban sectors, it will also create positive momentum for the commercial sector," DLF said.

On its rental business, the company said that the leasing demand of office space remained stable and unaffected, in fact the leasing traction has improved.

"In the long term, as banking and e-commerce transactions increase in the economy, demand for office space will continue to experience a positive momentum," it added.

On malls, DLF said that "despite temporary disruption to retail sales in the last quarter, most of the retailers are experiencing V-shaped recovery in their sales."

India says in talks with Vietnam for first missile sale