Anil Agarwal's father, Dwarka Prasad Agarwal, died in Mumbai on Thursday afternoon and his last rites will be performed on Friday 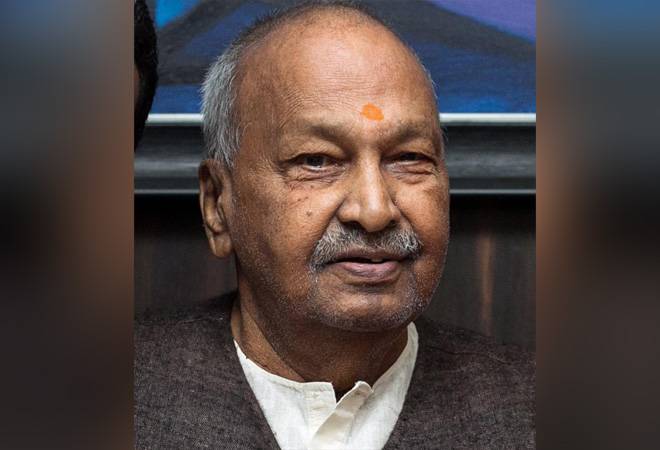 Mining baron Anil Agarwal's father, Dwarka Prasad Agarwal, has passed away. He was 87.

"Deeply shocked and saddened by the passing away of my beloved father, Sri Dwarka Prasad Agarwal. An irreplaceable loss to me and my family," Anil Agarwal, Executive Chairman of Vedanta Resources tweeted.

Deeply shocked & saddened by the passing away of my beloved father, Sri Dwarka Prasad Agarwal. An irreplaceable loss to me and my family. Babuji had always been my guiding light, not a day went by when I didn't speak to him, seek his guidance & blessings. pic.twitter.com/SfMjk5XdgS

He died in Mumbai on Thursday afternoon and his last rites will be performed on Friday. Anil Agarwal, who was in London when his father passed away, is flying to India, reported PTI.

Agarwal was born and brought up in Patna, where his father Dwarka Prasad Agarwal had a small aluminium conductor business. For the last three decades, Anil's father was associated with Vedanta Foundation - the philanthropy arm of the Vedanta Group.

Our beloved father Shri Dwarka Prasad Agrawal passed away this morning. He is the beacon of light which guides our lives. His ideals of charity and integrity are the foundation of #Vedanta's mission. pic.twitter.com/efAFI6yb5R

Vedanta Foundation was created by Anil Agarwal in 1992 to carry out philanthropic programs and activities. Agarwal has pledged to donate 75 per cent of his family's wealth to charity, saying he was inspired by Bill Gates.

Sources close to the family said senior Agarwal led a very active life and did a lot of charity and philanthropy work. He led a very active social life, looking after educational institutes run by Vedanta Foundation. Sources said he had no major ailment and old age was perhaps the reason for his death, reported PTI.

Anil Agarwal' brother Navin Agarwal is the chairman of Cairn India which is promoted by Vedanta Resources.