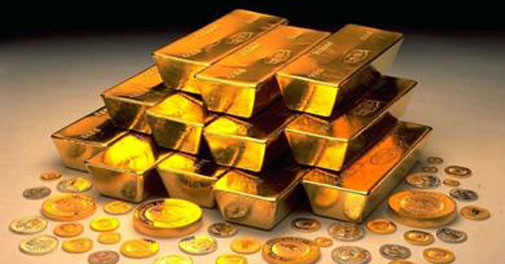 Commodity markets regulator Forward Markets Commission has said some of the e-series gold investors at crisis-hit National Spot Exchange (NSEL) have recovered 85.5 kg of physical gold and about Rs 140 crore in cash from the troubled bourse.

NSEL, a subsidiary of Jignesh Shah-led Financial Technologies India Ltd, is grappling with a payment crisis for settling dues worth Rs 5,500-crore after it suspended trading activities in July last year following a government directive.

To help 33,000 investors redeem metals worth Rs 525 crore stuck in e-series contracts, FMC had asked NSEL to begin rematerialisation of its e-series gold contracts from April 12 and financial close out of these contracts from May 6.

Rematerialisation is the process by which a client can get his electronic holdings converted into physical form.

On performance of the overall commodity futures market during April-May of this fiscal, FMC said that the turnover at 15 commodity bourses fell by over 66 per cent to Rs 9.52 lakh crore from Rs 28.16 lakh crore in the year-ago.

The turnover fell across all commodities from agriculture, bullion, metals to energy items, it added.

Rupee falls 9 paise to 59.29 on dollar demand from importers