FDI inflows to developing countries in Asia rose by 3.9 per cent to USD 512 billion in 2018, with growth occurring mainly in China, Hong Kong, Singapore, Indonesia and other ASEAN countries, as well as India and Turkey 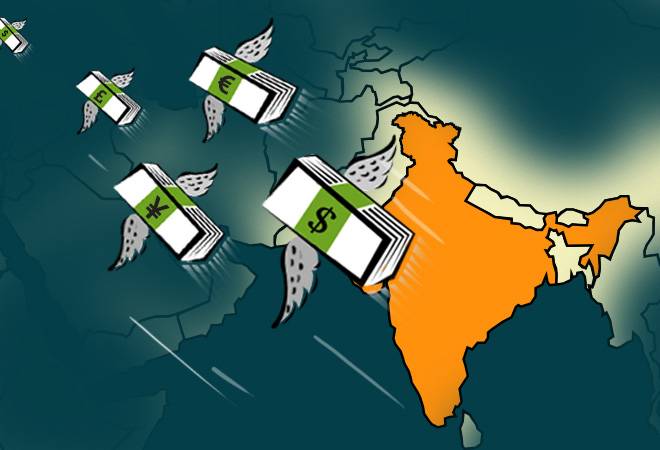 Foreign Direct Investment (FDI) to India grew by 6 per cent to USD 42 billion in 2018, with strong inflows in the manufacturing, communication and financial services sectors, and cross-border merger and acquisition activities, according to a UN report that ranked India among the top 20 host economies for FDI inflows in 2017-18.

The World Investment Report 2019, released by the UN Conference on Trade and Development (UNCTAD) Wednesday, said global FDI flows slid by 13 per cent in 2018 to USD 1.3 trillion from USD 1.5 trillion the previous year the third consecutive annual decline.

However, FDI inflows to developing countries in Asia rose by 3.9 per cent to USD 512 billion in 2018, with growth occurring mainly in China, Hong Kong, Singapore, Indonesia and other ASEAN countries, as well as India and Turkey. The Asian region remained the world's largest FDI recipient, absorbing 39 per cent of global inflows in 2018, up from 33 per cent in 2017.

FDI inflows to South Asia increased by 3.5 per cent to USD 54 billion.

Investment in India the subregion's largest recipient rose by 6 per cent to USD 42 billion with strong inflows in manufacturing, communication, financial services and cross-border merger and acquisition (M&A) activities, the report said.

The report added that India has historically accounted for 70 to 80 per cent of inflows to the subregion. Further, the growth in cross-border M&As for India from USD 23 billion in 2017 to USD 33 billion in 2018 was primarily due to transactions in retail trade (USD 16 billion), which includes e-commerce, and telecommunication (USD 13 billion).

The report added that India and the UAE, not traditionally in the top 20 outward investor countries, were also considered as among the top 10 most important sources of FDI for the 2019 to 2021 period.

Further, prospects for FDI inflows into South Asia are largely determined by expectations of growing investment into India. Announced greenfield investment in the country doubled to USD 56 billion in 2018, with projects in a number of manufacturing industries, including automotive, the report said.

Inflows to Sri Lanka also reached a record level of USD 1.6 billion, pushed by robust Asian investments, including from China, India and Singapore.

The report said strong economic fundamentals in the Asian subregion will continue to attract market-seeking FDI. In addition, low- cost and resource-rich countries will remain attractive destinations for efficiency-seeking and resource-seeking FDI.

Developing and transition economies capture 45 per cent of all innovation-related FDI. Projects in developing Asia are transforming some economies, including Singapore, Hong Kong (China), India and Malaysia, into global hubs of applied research.

All subregions in developing Asia are expected to receive higher inflows. Prospects are underpinned by a doubling in value of announced greenfield projects in the region, suggesting continued growth potential for FDI.

However, uncertainties stemming from global trade tensions could weigh on the mood. On outflows, bilateral cooperation under the Belt and Road Initiative is expected to continue to encourage outward FDI along the routes, particularly in infrastructure, it said.

The report noted that several countries adopted new regulations on ownership of land by foreign investors. In February 2019, India introduced several restrictive changes in its FDI policy for e-commerce in order to safeguard the interests of domestic offline retailers.

India, South Korea, the Philippines, and Turkey are focusing on information and technology zones, while West Asia favours services and most of South-east Asia seeks to attract different types of manufacturing.

India, which was among the first in the region to adopt SEZs, is now taking a more cautious approach to SEZ development, having eliminated incentives for developers in 2016 and currently phasing out direct tax benefits for tenants by 2020.

The number of SEZs in South Asia is set to increase substantially in the coming years. India has over 200 new zones in the pipeline, although growth may lose momentum now that permits for a substantial number of zones have been retracted, the report said.

Globally, the contraction in FDI flows was largely precipitated by United States multinational enterprises (MNEs) repatriating earnings from abroad, making use of tax reforms introduced by the country in 2017, designed for that purpose.