The drugs under question are 349 fixed dose combinations drugs containing two or more active pharmaceutical ingredients in a fixed dosage ratio, which are floating in the Rs 1.1-lakh crore Indian drug market. 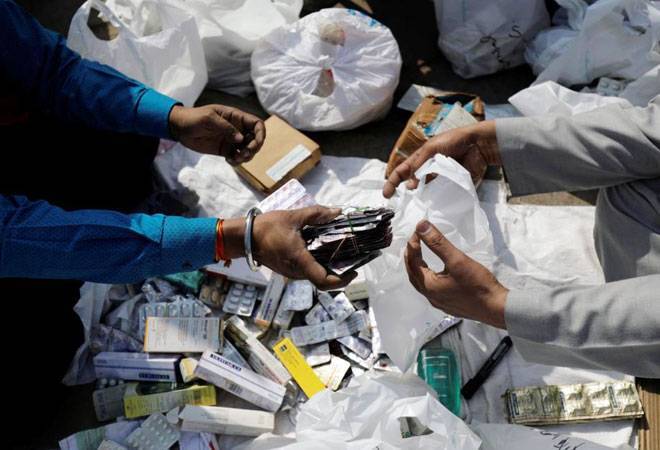 Around 6,000 medicine brands belonging to different companies and with a combined market size of Rs 2,000-2500 crore may soon vanish from the Indian drug market, as a sub-committee of the Drugs Technical Advisory Board (DTAB) is likely to recommend the health ministry soon to ban or restrict these drugs, said sources.

The drugs under question are 349 fixed dose combinations (FDCs) drugs containing two or more active pharmaceutical ingredients in a fixed dosage ratio - floating in the Rs 1.10 lakh crore Indian drug market, which is already flooded with over 25,000 brands. FDCs are developed to escape price control measures and can be used for treating multiple diseases.

Two years ago, the health ministry had banned 349 FDCs citing they were "unsafe" and "irrational" for consumption, following a report submitted by a committee headed by Prof CK Kokate found them 'unsafe'. Pharma companies moved the Delhi High Court against the decision and got a favourable judgment to quash the ban. The government appealed to the Supreme Court and in December 2017 the court directed DTAB to decide the fate of these FDCs. DTAB subsequently set up a sub-committee under Nilima Kshirsagar, Chair in Clinical Pharmacology at ICMR Mumbai, to decide the fate of these drugs.

Sources said the sub-committee's report found 'most' of the companies that came out with FDCs had not generated adequate safety and efficacy data for their FDCs. Further, many of these products lack adequate safety, rationality and compatibility. The government will decide the fate of these drugs once the committee submits its findings to the health ministry. While 343 FDCs were recommended a ban, six were recommended to be continued with restricted use, said sources.

Meanwhile, large drug company sources said since the issue flared up two-three years ago, most of them have either phased out such drugs or have made combination corrections. The FDCs in question are less than 2 percent of the drug market, they said.