GMR is back on track with new investments in Tamil Nadu, Telangana

After a long break in investments, infrastructure major GMR group is back with large projects and has drawn up plans to set up defence manufacturing hub in Tamil Nadu and mega convention centre and an Airport City in Hyderabad. It has also started the expansion work of the Hyderabad airport last month. 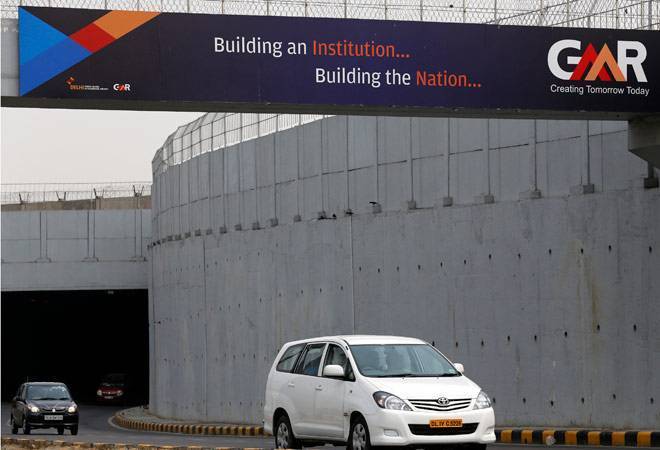 After a long break in investments, infrastructure major GMR group is back with large projects and has drawn up plans to set up defence manufacturing hub in Tamil Nadu and mega convention centre and an Airport City in Hyderabad. It has also started the expansion work of the Hyderabad airport last month.

The aerospace and defence manufacturing hub will come up at the special investment region at Hosur in Krishnagiri, Tamil Nadu. The project is a joint venture between GMR Group and the Tamil Nadu Industrial Development Corporation (TIDCO). The JV partners will build the manufacturing hub in a 600 acres of industrial land, which is available for immediate occupation.

The flagship company, GMR Infrastructure had been struggling with debt since 2012 after the economic slowdown gripped the Indian industry. In 2017 financial year, the debt had come down drastically to Rs 19,586 crore from Rs 37,480 crore, after the lenders took over two energy assets of the company - 1370 megawatt (MW) thermal plant in Chhattishgarh and 768 MW gas-based power plant in Rajahmundry - under the strategic debt restructuring (SDR) plan. An additional cash flow of Rs 4,200 crore came to the company through sale of other energy assets and termination fee connected to the Mauritius Airport project. The debt reduction has become a blessing in disguise for the company as the new insolvency law came into effect immediately after that and the Reserve Bank of India (RBI) had asked the lenders to initiate insolvency proceedings against most of the large corporate defaulters.

On March 23, GMR had commenced work on the expansion of the Hyderabad airport and announced plans to build a mega convention centre and an Airport City adjacent to the airport. GMR plans an expansion of the Hyderabad airport developing second runway and doubling capacity to 30 million passengers per annum. Last year, the airport handled 18 million passengers. Since 2014, when the new Telangana state was formed, passenger traffic growth rate has tripled 21 per cent from 7 per cent, the company said.

The company chairman GM Rao said that the company targets to build the country's first "Smart Greenfield Airport City". The convention centre will be one of the largest in the country with a capacity to host 12,000 people.

GMR Hyderabad International Airport had raised $350 million (about Rs 2,276 crore) from the international bond market last year, partly to fund the expansion. The proceeds from the issue has also been used to refinance the outstanding Rupee Term Bank Loan and Bank External Commercial Borrowing (ECB). The airport expansion is expected to cost the company Rs 2,600 crore.

The trigger for entering into defence manufacturing infrastructure business is primarily because of India's high defence spending, the company said. Under the 'Make in India' initiative, the government has recently announced setting up of a Defence Industrial Production Corridor (DIPC) in Tamil Nadu. The corridor will connect Hosur and Chennai. So the proposed hub is ideally located for defence related manufacturing, the company said.

The group has 4,600 MW power generation capacity. Transportation and Urban Infrastructure division of the group has six operating highway projects. It has a large EPC order book for railway track construction including the Dedicated Freight Corridor project. It is also developing multi-product special investment regions across 2,500 acres at Krishnagiri in Tamil Nadu and 10,400 acres at Kakinada in Andhra Pradesh.