The deals with Groupe ADP and JSW Eergy will help GMR Infrastructure to cut down its debt drastically, which according to the December quarter numbersstood at Rs 25,660 crore 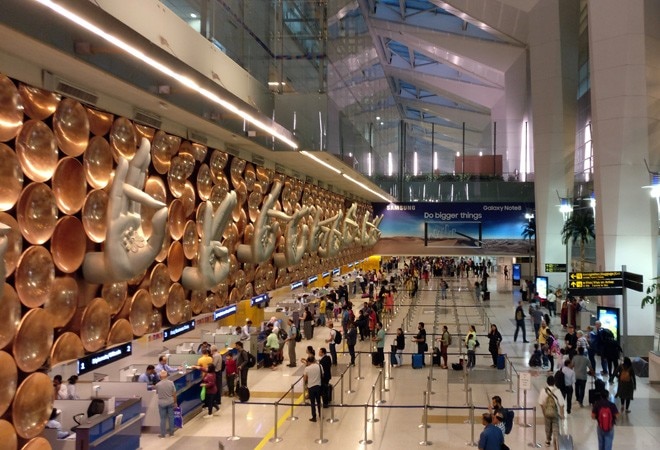 With two stake sales in airport and energy businesses, GMR Infrastructure is back in the spotlight, leading the revival of the sinking segment. France's Groupe ADP agreed to acquire 49 per cent stake in GMR's airport business for Rs 10,780 crore, a deal that will help the domestic entity reduce its debt burden. Competition Commission of India (CCI) has given its approval for the deal. The second deal is with JSW Energy, which has signed a share-purchase agreement with the subsidiary GMR Energy to acquire entire stake in 1,050 MW thermal power plant, GMR Kamalanga. The deal is valued at Rs 5,321 crore.

The deals will primarily help GMR Infra to cut down its debt drastically. According to the December quarter numbers, the group has a net debt of Rs 25,660 crore. It is expected to come down to at least Rs 12,000 crore, if the group uses most part of the transaction proceeds for deleveraging the balance sheet. Besides, the company is looking to divest more non-core assets, including roads and power plants.

In the last six months, the share price of GMR Infra has risen 67.65 per cent and closed at Rs 25.55 on Tuesday. However, the BSE India Infrastructure Index has slipped 3.44 per cent in this period. From January 1, the share price rose 22.54 per cent, while the index was 6.2 per cent down. Other infrastructure companies like Larsen and Toubro (L&T) and NBCC fell 6.85 per cent and 11.18 per cent, respectively, in the last six months. IRB has risen 21 per cent.

The deal with JSW Energy is expected to be completed in three months. The first tranche of Rs 5,248 crore from Groupe ADP will be received by GMR Group immediately. The deleveraging will help the group to improve the cash flows and profitability. GMR will retain management control over the airports business with Groupe ADP having the customary rights and board representation at GMR Airports Ltd and its key subsidiaries.

The debt-ridden firm had earlier entered into an agreement to divest the same amount of stake in the airports arm to a consortium led by Tata Group. But the deal fell apart due to a conflict of interest issue involving Tatas' stake in Vistara and AirAsia India. GMR and Groupe ADP plans to strengthen their airport business, offering new passenger experiences. As per 2019 passenger statistics, GMR Airports and Groupe ADP handled 336.5 million passengers, the highest across the world.

GM Rao, Chairman, GMR Group said that the partnership is in line with GMR's business direction to become a global airport developer and operator. "With Groupe ADP, GMR will have smoother access to global markets, opening up newer avenues of business growth," he said. The company reported a consolidated net loss of Rs 280.74 crore in third quarter this fiscal as compared to a net loss of Rs 561.04 crore in the same period previous year. Net sales in the December quarter rose 7.6 per cent to Rs 1,990.76 crore.