The Mines Ministry last week wrote to Odisha seeking clarity on how much of the mining land sought by POSCO was notified as an area where commercial mining was allowed. 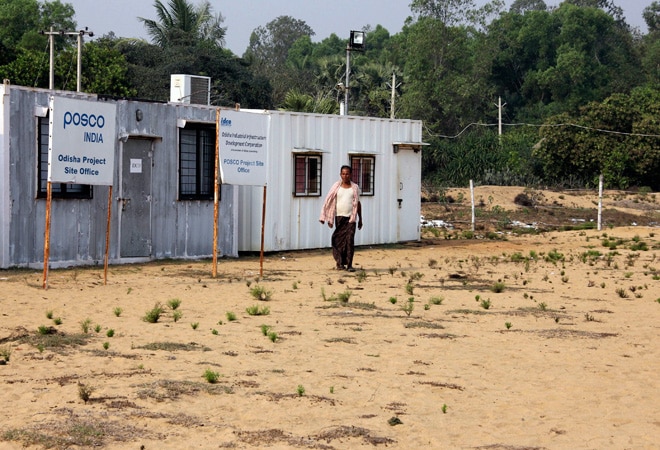 The government has again delayed a decision on permitting POSCO to mine iron ore, seeking more clarifications from Odisha where the South Korean company has waited nine years to set up a $12 billion steel plant.

On Saturday, the Mine Ministry's website showed the status of POSCO's request to explore iron ore over an area of 6828.54 hectares as "rejected/returned" as of October 10.

"They have not completely rejected. Our proposal was for both notified and non-notified area together," Odisha's Mines Director Deepak Kumar Mohanty told Reuters late on Friday. "So they have again asked if you are willing to separate out because notified area consideration parameters are different."

Former Prime Minister Manmohan Singh said in POSCO's January request for a mining licence - the final regulatory hurdle for the project which would be the biggest foreign direct investment in India - was at an "advanced stage of processing".

But nine months on, little progress has been made on the ground. The company has yet to start work on the planned 12-million-tonnes-a-year plant due to stiff opposition to land acquisition and delays in securing permission to mine iron ore, a raw material for steel.

The Mines Ministry last week wrote to Odisha seeking clarity on how much of the mining land sought by POSCO was notified as an iron ore bearing area where commercial mining was allowed. Mining in non-notified areas needs more approvals than in notified areas.

POSCO's spokesman in the country IG Lee could not immediately be reached for comment. POSCO officials have said it was unlikely to build the plant without assured supply of iron ore.

Prime Minister Narendra Modi, in his push to revive manufacturing in the country, has invited domestic and international companies to 'Make in India'. But one of his senior colleagues, Tribal Affairs Minister Jual Oram who hails from Odisha, has said he would continue his long-standing opposition to POSCO's plant.