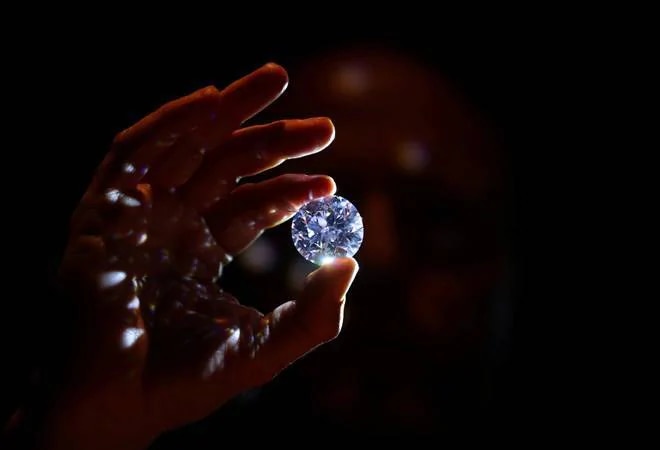 Rupani will join chief ministers of Uttar Pradesh, Haryana, Maharashtra and Goa as part of a delegation led by Commerce and Industry Minister Piyush Goyal.

Rupani will be in Russia from August 11-13 along with a delegation of 28 members from the state representing sectors such as diamond, petroleum and pharmaceutical, an official statement said on Saturday.

Rupani will join chief ministers of Uttar Pradesh, Haryana, Maharashtra and Goa as part of a delegation led by Commerce and Industry Minister Piyush Goyal.

"Diamond sector industries will sign two MOUs in the presence of Rupani during the three-day visit to Vladivostok in Russia. One MOU relates to sourcing of rough diamond between Russia's Yukutia region and Gujarat.

"Another MOU relates to diamond industry in Gujarat helping set up diamond cutting and processing units at Primorsky Krain region of Russia," said the release.

As many as 28 delegates from Gujarat representing sectors like diamond, petroleum and pharmaceutical will join the Indian delegation during the Russia visit.

Goyal will lead the delegation of five chief ministers to Russia with the aim to explore investment opportunities and strike close partnerships with the Far East provinces of Russia, it said.

The visit is a precursor to Prime Minister Narendra Modi's tour of Vladivostok in early September for the Eastern Economic Forum, where he will be the chief guest.

The delegation includes more than 125 representatives from business stakeholders, who will interact with Russian counterparts on opportunities in the mining and processing of diamond and rare metals, railways, agriculture, food processing, oil and gas, coal and power, and pharma, as per the release.