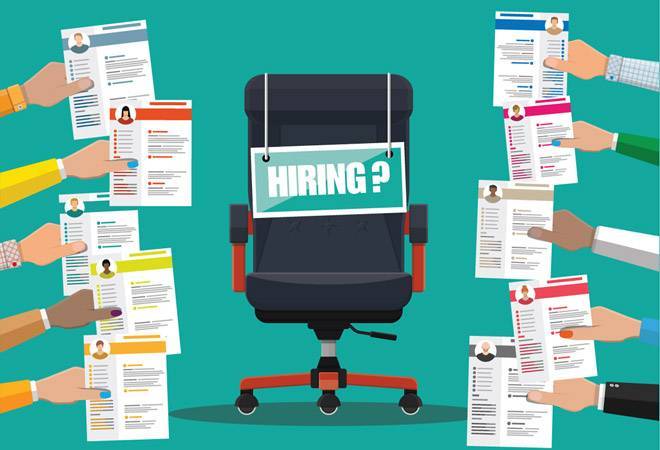 The strong first quarter results of the country's top IT firms like TCS, Wipro and Infosys have raised hopes of a sectoral turnaround. But despite that, the news on the hiring front remains far from optimistic for the industry.

According to NASSCOM, the industry is expected to add one lakh new jobs in 2018-19. In comparison, last June the body had predicted 1.3-1.5 lakh new jobs in the IT-BPM industry for FY18, although it had lowered estimates to one lakh new jobs. So, in the best case scenario, incremental hiring will stay flat this year. The industry's net hiring had stood much higher at 1.7 lakh in 2016-17.

According to Debjani Ghosh, the software body's president, a majority of the new jobs will be in areas such as Artificial Intelligence (AI), Internet of Things, and big data analytics. "The total demand for AI and big data analytics in 2018 will be 5.11 lakh, which will increase to 7.86 lakh by 2021," she told the media on the sidelines of a two-day NASSCOM HR Summit in Chennai. The industry is reportedly expected to employ nearly 40 lakh people by the end of the year. "Cyber Security would also provide new employment opportunities," she added.

According to experts, increasing automation is putting pressure on margins, and, as a result, companies are trying to squeeze costs. "At the same time IT companies have also increased the utilisation rates from the previous 70 to 72 per cent to the new norm of 80 to 82 per cent. In other words, you are using the same manpower and getting more work from them," Kris Lakshmikanth, founder and CEO of The Head Hunters India, an executive search company, told The Week, recently.

Increasing automation is also playing a big role in reduced hiring. According the Hindu Business Line, Ghosh acknowledged that every industrial revolution has caused job displacements and the same is happening currently. "The reason we suddenly taking note of this is because it is happening at a pace that we are not used to. Every single research shows that while routine jobs that do not require thinking and softer skills, will be automated. However, there will be more jobs created," she said, adding, "We can worry about jobs that gets displaced. However, we believe that it is the wrong problem to focus on. What we need to focus is on re-skilling workers so that they are ready for the new jobs that are going to be created."

NASSCOM also claims that the demand for emerging technologies is increasing with the brimming need for a robust talent pipeline, and upskilling is becoming indispensable for IT professionals. So, with an aim to position India as the talent hub for emerging technologies and as the pioneer in global digital capabilities, the body today showcased a roadmap for their pilot reskilling initiative, called FutureSkills.

Ten of its member companies, including Wipro, Tech Mahindra, Genpact, Purpletalk and Kellton, have enrolled in the first phase of the initiative. "Personifying co-creation and collective collaboration of the industry, these companies will work along with NASSCOM to curate the courseware and leverage the content to re-skill their employees," said the industry body, adding, "Currently we have a user base of 200,000+ from member firms who have committed to re-skill their employees, from the 30,000+ content pieces available on the platform". In the second phase, the initiative will include universities and colleges.

The FutureSkills programme, which was launched in February, ultimately aims to reskill one million professionals along with skilling 1 million potential employees and students in the industry over a five-year period.