How globalisation is teaching bitter lessons to India Inc

Indian magnates investing abroad are learning the hard way that what globalisation gives with one hand, it often takes away with the other. GMR and Lakshmi Mittal have found out the hard way, like other companies, that globalisation doesn't guarantee a level-playing field.

An Indian company, GMR Infrastructure, facing ouster from a prestigious project in Maldives, gets a stay order from a Singapore court . This could well be held up as an example of how globalisation works. But then consider the next step - the Maldivian government declares that court or no court, GMR will have to leave the $511 million (Rs 2,773 crore) project to upgrade the Male airport.

Here is old-fashioned national sovereignty trumping globalisation . Like the small kid on the block, the government owns the bat, so it decides to write the rules of the game. Resource nationalism has been around since the emergence of OPEC (Organisation of the Petroleum Exporting Countries), but politicians from Hugo Chavez to Francois Hollande have found it a useful crutch to beat their political enemies with.

Indian magnates investing abroad are learning the hard way that what globalisation gives with one hand, it often takes away with the other. In July, Jindal Steel and Power was forced to walk away from a $2.1 billion (Rs 11,400 crore) investment in Bolivia. The company called off the contract on July 16 because of what it said was the non-fulfilment of conditions relating to supply of gas. Subsequently, plant officials were arrested and its assets seized. The Maldivian Airport Company Ltd, on Maldives government's instruction, terminated in November the Male airport contract given to GMR in 2010.
That shifting the goalposts is not a Third World trait is borne out by that another ongoing controversy - the French government brow-beating steel giant ArcelorMittal to prevent it from selling a part of the Florange plant in Lorraine. Though an uneasy compromise has been worked out, but not before major nastiness which included the radical industries minister Arnaud Montebourg declaring that steel magnate Lakshmi Mittal was persona non grata in France.

The Essar group, which bought a steel plant and a mine in Zimbabwe for $750 million (Rs 4,069 crore) last year, is now facing delayed approvals from the government, resulting in its schedules going awry and its costs going through the sky. When it comes to states, politics is always in command. In 2007, Myanmar decided that gas GMR & Mittal have found out the hard way, like other Cos, that globalisation doesn't guarantee a level-playing field India Inc faces from its A1 and A3 blocks in the Shwe gas field and owned by GAIL, ONGC Videsh and Daewoo, would go to China and not to India, as GAIL had hoped.

The contract to upgrade and operate the Male airport and build a new terminal is based on a global tender overseen by the World Bank. But it was signed under the administration of former Maldives president Mohamed Nasheed, who was ousted in what he claimed was a coup. Nasheed's deputy Mohamed Waheed, who is now president, is closely aligned to an Islamist party and has objected to the privatisation of the airport and said that corruption had been involved in finalising the deal.

Unemployment in France is hovering at a 14-year high of 10 per cent and the new Socialist government's popularity ratings are as low as they can be and so, in the timetested style of politicians, President Francois Hollande has found a convenient target. What it will do to future investment prospects of France are too early to tell, but it certainly will not help his efforts to overhaul the country's tough labour laws which he wants unions and employers to renegotiate by the year's end. 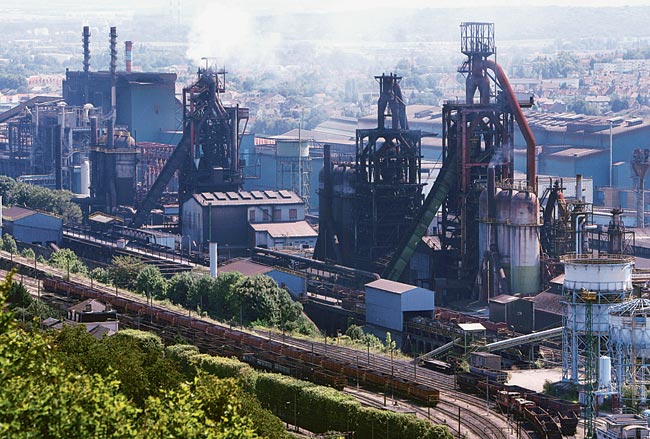 ArcelorMittal, the world's largest steelmaker, said it would shut down the blast furnaces, since they were not viable, from December 1 unless the government found a buyer to operate them. But the French government put its foot down. Industry minister Arnaud Montebourg accused Mittal of breaking promises and said the steel tycoon was no longer welcome in the country. He even went to the extent of threatening to nationalise Mittal's plants.

ArcelorMittal denied breaching commitments. It said Arcelor had planned in 2003 - long before its 2006 takeover by Mittal - to wind down inland blast furnaces in Europe, including the two in Florange, by 2010. But the Socialist government of France refused to buy this argument.

Last Friday, however, a deal was reached. The French government announced that it had secured promises from ArcelorMittal to invest and avoid any layoffs at the site. It backed off from its threat of temporary takeover of the plant.

However, workers at the plant said the announcement fell far short of what they had hoped from a government that won power in May on promises to arrest industrial decline and job losses. This could well mean that Mittal's travails are not quite over.

Rupee rebounds by 9 paise against dollar