How Shopclues.com is finding its base in smaller towns

Founded by Sanjay Sethi and Radhika Aggarwal, Shopclues targets people earning relatively modest salaries. The ticket sizes are lower than what the larger e-commerce companies have, but volumes are higher. 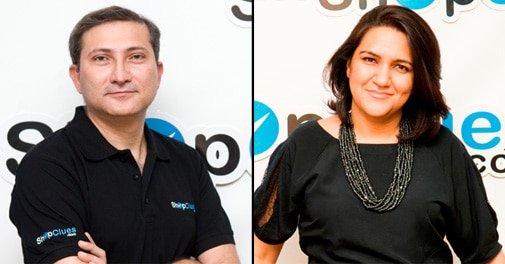 When Sanjay Sethi joined Rourkela Steel Plant, in Orissa, after completing his engineering degree, his aspirations were few. At Rourkela, there was little to do and few avenues to spend: office got over at six in the evening, and a glass of tea and samosas at the corner tea stall could hardly be counted as expenditure. But things changed once he moved to the Silicon Valley in the US with a job in Ebay.

That was just the beginning. After more than a decade, Sethi came back to India to start - along with Radhika Aggarwal - Shopclues.com, an e-commerce company based on the market place model like Ebay, Amazon, Flipkart or Snapdeal.

Spending an hour with these founders is likely to take you by surprise. Over lunch, Sethi was candid and Aggarwal would often intervene, chipping in with exact numbers. "We have 2,700 categories, one million unique products and 50,000 merchants selling on our site," says Aggarwal.

But revenue is a more accurate indicator of performance. "We are just short of Rs 400 crore," says Sethi, but the company is just two years old, already about a fourth of the size of Flipkart, India's largest online retailer.

How did they manage it and that too without making any noise?

The site was launched in November 2011, but only for Facebook users. Aggarwal says that helped them understand consumer behaviour and the right audience, and they got a lot of feedback before it was opened to the general public in January 2012.

Shopclues had raised angel funding of $1.8 million, but it did not go out making big investments in marketing. It stuck to social media. "Had we used any other traditional media we would have spent 10 times the money on marketing," says Sethi.

The duo also chose not to target urban users, which the better known e-commerce companies were targeting. "We realised that growth will come from tier-2 and tier-3 towns," says Aggarwal. That strategy paid off - 65 per cent of Shopclues' user base comes from the next tier towns.

Shopclues targets people earning relatively modest salaries. The ticket sizes are lower than what the larger e-commerce companies have at Rs 800 to Rs 1,100, but volumes are higher. On Sundays, often the site ships out 45,000 orders. The catalogue is non-brand focused, clearly targeting a niche audience.

With a lower penetration of computers in these towns, Shopclues is seeing a huge portion of its sales from orders placed through mobiles - 30 per cent - which goes up to 40 per cent on weekends. Recently, it also launched the Shopclues mobile app, to make the buying experience easy.