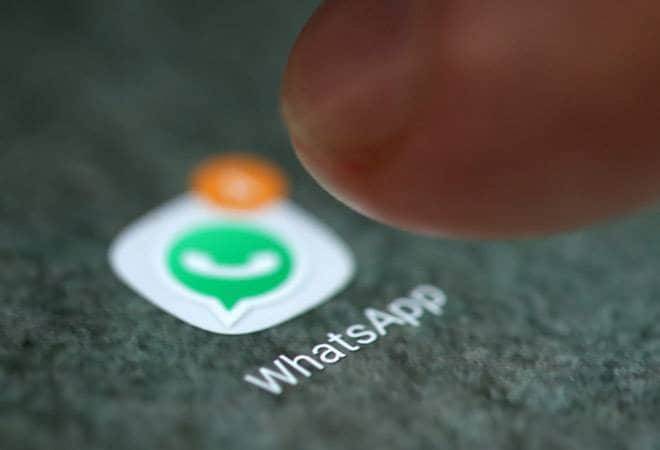 WhatsApp users have to first install the 2.19.221 Android beta version to get the fingerprint lock feature

The much-talked about fingerprint authentication feature on WhatsApp is finally ready to be rolled out to all Android users. This new feature not only adds an extra layer of security for the users of the world's most popular messaging app but will also make the popular third party locking apps redundant. This new development comes six months after biometric authentication was introduced in the WhatsApp iOS app.

The feature is currently limited to those who signed up for WhatsApp's beta programme, and users have to first install the 2.19.221 Android beta version, WABetaInfo reported. Once you have updated the app, to enable the feature you need to press the three-dot Menu button in the upper-right corner and pick Settings followed by Account. You should be able to find a new option called 'Fingerprint lock' under the Privacy options.

It is possible that you don't see the feature even after you update the app. In that case, reinstall WhatsApp after backing up your chat history as you will then get the latest configurations from the server. Alternatively, you can simply opt to be patient for a little while longer.

You can then select how often you would like to authenticate your identity to use the app. The available choices are to "automatically lock" you out of WhatsApp "Immediately", "after 1 minute" or "after 30 minutes" of inactivity. For instance, if you chose the first option, the app will ask for your fingerprint every time you open it. While this is ideal if you are big on privacy, it could get annoying for those who use it frequently. However, you can still answer WhatsApp calls without this authentication.

There is also a new option called Show content in notifications, which allows you to decide whether to show or hide message and sender preview while the fingerprint lock is enabled. The widget content is hidden by default if the latter is enabled. Significantly, WhatsApp will not have access to your biometrics so you do not need to worry about privacy - the app uses official Android APIs, so no information will be sent to its servers or those of parent firm Facebook.

Here's a look at a few more features in the pipeline:

WhatsApp has been talking about the Dark Mode since last year and there are still no signs of it coming to our beloved messenger app. The Dark Mode is already available on other messaging platforms and WhatsApp should have had it by now given that the feature has been under-development for a while now.

Last heard, WhatsApp was working on the quick edit media feature to ensure the bug-free experience for its users. The feature will be a big relief as it will let the user edit media files they have sent or received in an individual WhatsApp chat or a group conversation. Currently, WhatsApp does not have any in-built media editing features.

WhatsApp has been talking about the new contact ranking feature for months now but it seems the company has completely forgotten about it.  The feature promises to automatically rank contacts by detecting which contacts you interact with the most.

WhatsApp allows preview of photos and videos in the notification but does not allow it for the voice messages. The company has not revealed any particular date when it will roll out this feature as it is still under development.