This land is in Sector 47 of Estate-II of HUDA Gurugram. HUDA Chief Administrator on Wednesday said the site was put for e-auction on October 6 and was bidded on October 31. 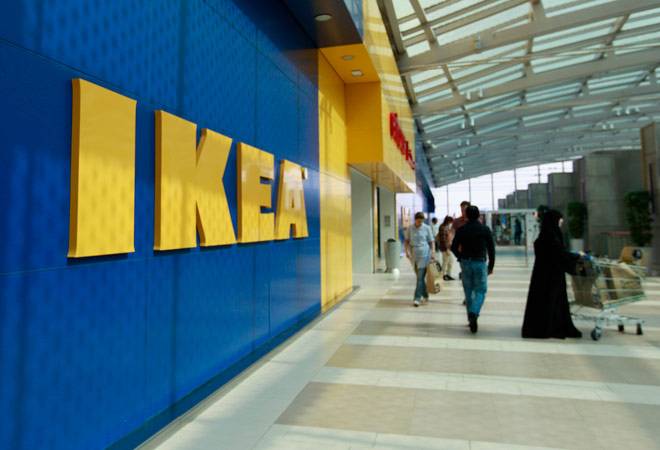 Swedish home furnishings company IKEA has bought 10-acre of commercial land from the Haryana Urban Development Authority (HUDA) for around Rs 842 crore. This land is in Sector 47 of Estate-II of HUDA Gurugram. HUDA Chief Administrator on Wednesday said the site was put for e-auction on October 6 and was bidded on October 31.

"It will augment our efforts in ensuring steady revenue stream for HUDA. This is not a one-off deal as we have planned out auctions of other institutional and commercial properties across the city in the next few months," J Ganesan said. IKEA is a multinational group, that designs and sells ready-to-assemble furniture.

The furnishings company has already set up two stores in Hyderabad and Mumbai. Recently, Swedish home company IKEA had acquired a 14-acre site in Bengaluru to open its third store in the country. The land  was acquired from Bangalore Metro Rail Corp Ltd. The furnishings company's first store in India is expected to open early next year in Hyderabad.

This year in August, IKEA in a statement said: "We will open our first store in India at Hyderabad followed by Mumbai and Bengaluru. We can't say exact date of launching the store, but hopefully it will be before April 2018. Works are in progress."

IKEA India CEO Juvencio Maeztu last year said that IKEA's Hyderabad store will be about 400,000 sq. ft. in size and capable of hosting 5 to 6 million customers every year.

The store will feature nearly 7,500 well designed beautiful home furnishing products and an exhibition of home furnishing ideas, a supervised children's play area for visitors, a day-care center for the children of the employees, parking facility and a 1,000-seat restaurants that would serve Swedish as well as Indian dishes. IKEA has already bought land in Navi Mumbai for its store in Mumbai and was similarly working for a store each in Delhi-NCR region and Bengalore.

Last year in 2016, IKEA had inked a memorandum of understanding with Haryana government to open its stores in the state. In a statement, the Swedish firm said: "IKEA will invest an estimated Rs 2,000 crore for its retail expansion in Haryana, will employ about 1,000 coworkers directly and engage around 3,000 more for providing services such as furniture assembly, delivery services among others."

This agreement came a year after IKEA signed MoUs with Karnataka, Telengana, Uttar Pradesh and Maharashtra to set up stores. The company plans to open 25 stores by 2025 in nine Indian cities.